Aphex Twin is a true pioneer of electronic music, a self-taught and home-schooled, hands-on manipulator of sound. His first keyboard wasn’t of the electronic variety, but the piano that the teenage ‘Twin regularly took apart in order to play and record the strings inside the case rather than the keys themselves sparked a curiosity in reworking sound that has continued for the best part of 40 years.

Part musician and part engineer, Aphex was confident enough to dismantle and deconstruct the instruments available to him and then reconstruct them into strange new sound-carriers. Utilising a heady combination of boxfresh ZX Spectrum and pure brainpower, he worked out a way to record the static from a de-tuned TV and turn it into exotic soundscapes. With ease, he went from bedroom prospector to the goldmine of techno, DJing at underground events around the south of England during its heyday before eventually making his own music that he’d segue into his playlists. 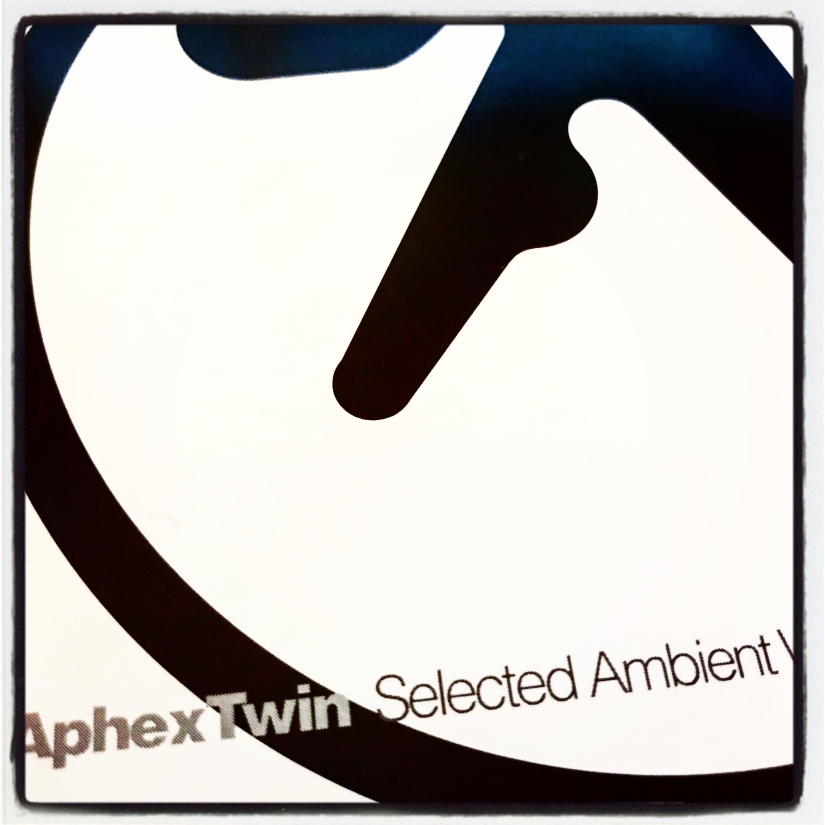 His debut album, Selected Ambient Works 85-92 is properly ground-breaking. On release, nothing quite like it had been heard. By late ’92, techno was in full flow and fell into two camps; novelty and nosebleed. The novelty stuff (such as Sesam E’s Treet) popped up like an uncontrollable rash on Top Of The Pops every other week. The nosebleed stuff occasionally punctuated the strange airwaves betwixt and between the Mudhoney and Misty in Roots records on the John Peel show, sometimes (they tell me) even playing at the correct speed. It was something I learned to tough out, as the rewards on the show far outweighed the odd filling-loosening clunker in-between. But you knew that already…

Aphex Twin’s album was purely electronic, but it was head music rather than hedonistic music. With massive nods to Brian Eno and only very occasional forays into ear-splitting nosebleed nonsense, it was an album in the true sense of the word; it ebbed, flowed, peaked and troughed, taking you on a journey. It made for perfect headphone music then and it still does now. Stick it on as your subway train rattles through Glasgow’s underground and it’ll make the journey truly cinematic. Cue it up for a 20 mile cycle and the subtle percussive parts will work their way into the outside mix, hi-hats complementing the smooth groove of a well-oiled chain making its way through the sprocket. The fact it was all jigsawed together on Aphex Twin’s strange collection of hybrid keyboards and sequencers rather than in a state of the art studio makes it all the more special and unique.

The opener Xtal is fantastic; smooth-rolling ambience, ghostly, synthy vocals, a beat that’s almost a hip hop breakbeat and multi-layers of subtle percussion. There’s a real flotation tank depth to the bass too, making the whole thing airy and spacious and, well, magic.

The phonetically troubling Ageispolis builds on the opener’s blueprint with synth washes, wandering basslines and a little keyboard motif that the unkind amongst you might snigger at for being too close to pan pipe to take seriously. Listen if you will…

This variation of techno music was subsequently everywhere, with Leftfield and Underworld adopting the atmospherics and spirit for their own gain, St Etienne remixes bearing the undeniable stamp of the ‘Twin and every anonymous contributor to the Café Del Mar series taking their jumping-off point from Ageispolis especially.

All fine records and artists, but there’s something that makes Aphex Twin’s stuff just that little bit extra-special. Maybe it’s the punk spirit in him that resonates. Making such beautiful, insular music in an era when everyone around him was off their nut and dancing bare chested to 180 bpm bangers is to be applauded. Punk in spirit, hippy in execution, those early Aphex recordings still sound groundbreaking today.