A few months ago I found myself driving Alan McGee – yer actual, Creation Records, King Of Indie Alan McGee – back to his hotel. With the car radio pre-set to Radio Scotland, it was the Billy Sloan show that sound-tracked our short 5 minute drive. As I drove and Alan held court I realised Billy was playing a new track by King Of Birds. My initial reaction was to interrupt my esteemed passenger’s non-stop flow of conversation to say, “Hey! I know these guys!” but a voice in my head suggested that King Of Birds might not be Alan’s kinda thing, so I stopped short of butting in and listened instead, my driver’s-side ear struggling to make out the rich music on the radio as the other battled with McGee’s non-stop enthusiastic monologue about the two seismic Oasis shows that had taken place on Irvine Beach 24 years previously, “just over that hill there, Alan.” As we reached the hotel, the song on the radio was ending and in the half gap that followed while McGee scrambled around the footwell in my car for his bag, I managed to squeeze in a quick but proud, “King Of Birds! I know these guys!” McGee nodded and cocked an ear to the radio, just, would you believe it, as the Pavlovian rush of Oasis’ Rock ‘n Roll Star barged in. “And I know these guys,” nodded McGee in the general direction of my car’s dashboard. And with that, he was out and off.

Had I been brave enough to stop the flow of rich one-way conversation, Alan would’ve heard I Hope We Don’t Fall In Love, the then current single by one of our country’s brightest talents. King Of Birds have been on the go for a wee while now. I first saw them maybe 4 years ago and was instantly taken with their knack for a good melody, a strong harmony and a seemingly never-ending run of songs that flowed as freely as water from a tap. “The McEverly Brothers,” I dubbed them at the time, a tag that sits well with the band’s principal writers. Sometimes a duo, sometimes a full piece band, King Of Birds is essentially Charlie and Stirling Gorman, two brothers with a long-standing relationship with the Scottish music scene. In recent years there have been right turns and wrong, a none-more Gallagher fall-out that threatened to derail all their good work included, but it’s from this frictious tête-à-tête that the seeds of a very fine album were sown.

Eve Of Destruction is the result, a dozen tracks of what you might call Americana. With nods to the twin towers of Michael – R.E.M.’s Stipe and The Waterboys’ Scott, main vocalist Charlie carries the songs with a gravel-throated world weariness. Brother Stirling is the perfect foil. A Peter Buck-obsessed R.E.M. fanatic (the band’s name should be clue enough), he’s never far from a waistcoat and a ringing Rickenbacker, his six and twelve string symphonies colouring the music with the requisite amount of jangle.

Like origami in reverse, the songs take time to unravel, exposing classic melodies from the simplest of chord structures. Built on a bed of dextrously-plucked nylon acoustics, the tunes tumble as jaw-droppingly effortless as the acrobats at the Cirque du Soleil. It’s all in the carefully considered arrangements; tinkling piano, weeping pedal steel, an occasional Springsteen-esque yearning harmonica, dust-blown sweeping strings in every other coda…….it’s ‘proper’ music, played expertly.

The band’s undeniable influences are all over it, from One Horse Town‘s opening Simon & Garfunkel flourish on the nylons and lightning-fast ascending riff last heard flying off the grooves on Bob Dylan’s I Want You, to the keening, Don and Phil-influenced “tell me if you see-eeee her,” from the track of the same name. Rod Stewart could do worse than involve himself in a cover of the crashing When We Were Kings. 12 string Rickenbackers tease out a widescreen Caledonian epic that manages to be both anthemic and reflective. There’s even a drop-out in the middle where ol’ Rod can do that leaning back with the microphone pose he’s been perfecting since The Faces. It’d be the perfect song for getting him back to what he was once good at.

In an era where bands don’t really release singles in the traditional sense, tracks such as Hard Times For A Good Man and I Hope We Don’t Fall In Love were the obvious promotional tracks to release to influential radio folks, but dig deeper and you’ll find the likes of Here And Gone or Peace Of Mind, with its banjo-led hillbilly hoedown by Travis vibe the track most likely to break out the social dancing round these parts.

My favourite track is buried deep on side two. Hang Me Out To Dry, the penultimate track, has a pretty, cascading guitar riff the equal of anything Paul McCartney recorded in his first post-Beatles years. Little shattered jewels of crystalline melody float on a sea of harpsichord and woozy, wonked-out synth. The whole thing reminds me very much of Elliott Smith, and that’s no bad thing at all. It’s so unlike the rest of the album I fear it’ll be forever overlooked by those seeking potential radio-friendly hits – of which, as you now know, there are at least half a dozen. Hang Me Out To Dry though is the diamond in a field of gold. 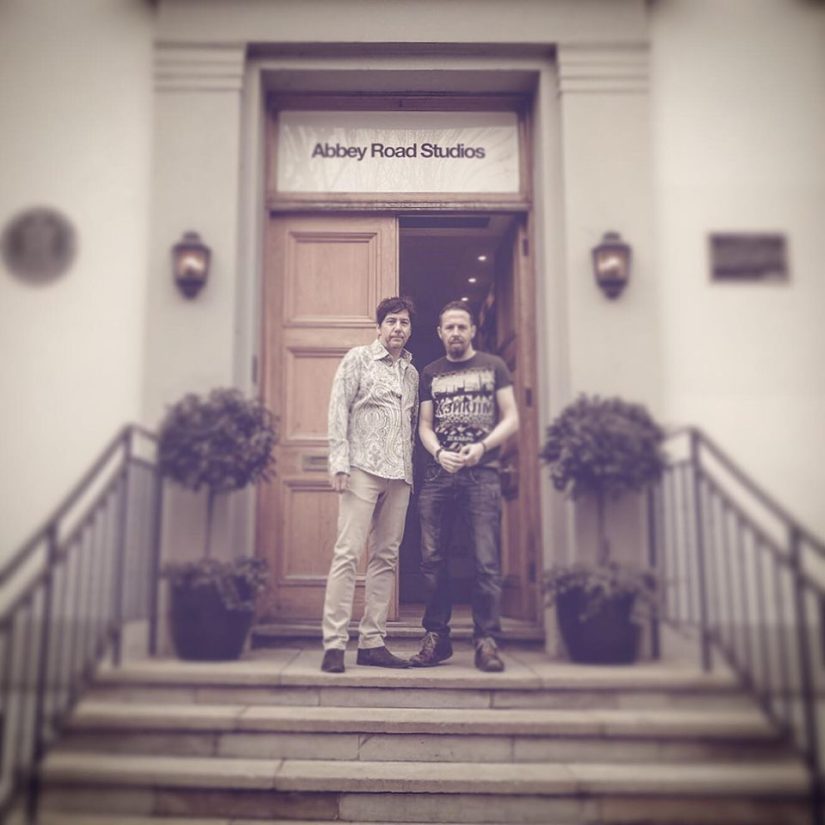 The whole record has a terrific ambience. It’s airy and spacious and in places brings to mind Neil Young’s last great masterpiece, Harvest Moon. Much of the credit for this must go to mastering engineer Frank Arkwright. Based at Abbey Road, he’s the man Johnny Marr trusted with the task of remastering The Smiths back catalogue a few years ago. Arkwright’s magic touch is all over Coldplay’s The Scientist, Arcade Fire’s Neon Bible and a whole host of respected records. He’s an inspired choice, no doubt costly, but the results are outstanding.

Packaged lovingly in gatefold vinyl, the finished record is a thing of beauty. The brothers, you feel, have put everything into this release. From the detail on the labels themselves, to the sepia-tinted artwork, to the carefully placed picture (of their parents?) that sits atop the piano on the front cover, everything has been carefully considered. Make no mistake, this is proper heart and soul music. It may be King Of Birds’ one shot at releasing a record (I sincerely hope not), but man!, they’ve gone all out to ensure that, should this be the case, they’ve made their mark with a masterful piece of work.

Don’t take my word for it though. Get yourself along to Stereo in Glasgow this coming Thursday (26th September) where King Of Birds will launch the album in full band mode. I’ll be there. So too, no doubt, will Billy Sloan. McGee hasn’t got back to me yet, the silly man. There are far worse places he could choose to be instead.

2 thoughts on “Appetite For Destruction”