Paul Weller gives nary a thought to what others think of him and his music. Splitting The Jam at the height of their success for the political, pastel posturing of the Style Council ruffled more than a few feathercuts. Time and hindsight has been far kinder on his second band than you’d have believed back in 1985 though, and you can’t argue with the stellar run of singles they released during their 5 albums in 5 years lifespan. Indeed, if all he’d been known for was the music he recorded with the Style Council, Weller would these days be something of a cult hero. For every bizarre collaboration with Lenny Henry there’s a Gil Evans Blue Note arrangement to sate yourself with, and despite the Parisian pretentions, Marriott moustaches and C&A catalogue poses, there’s a strong body of work to be (re)discovered. 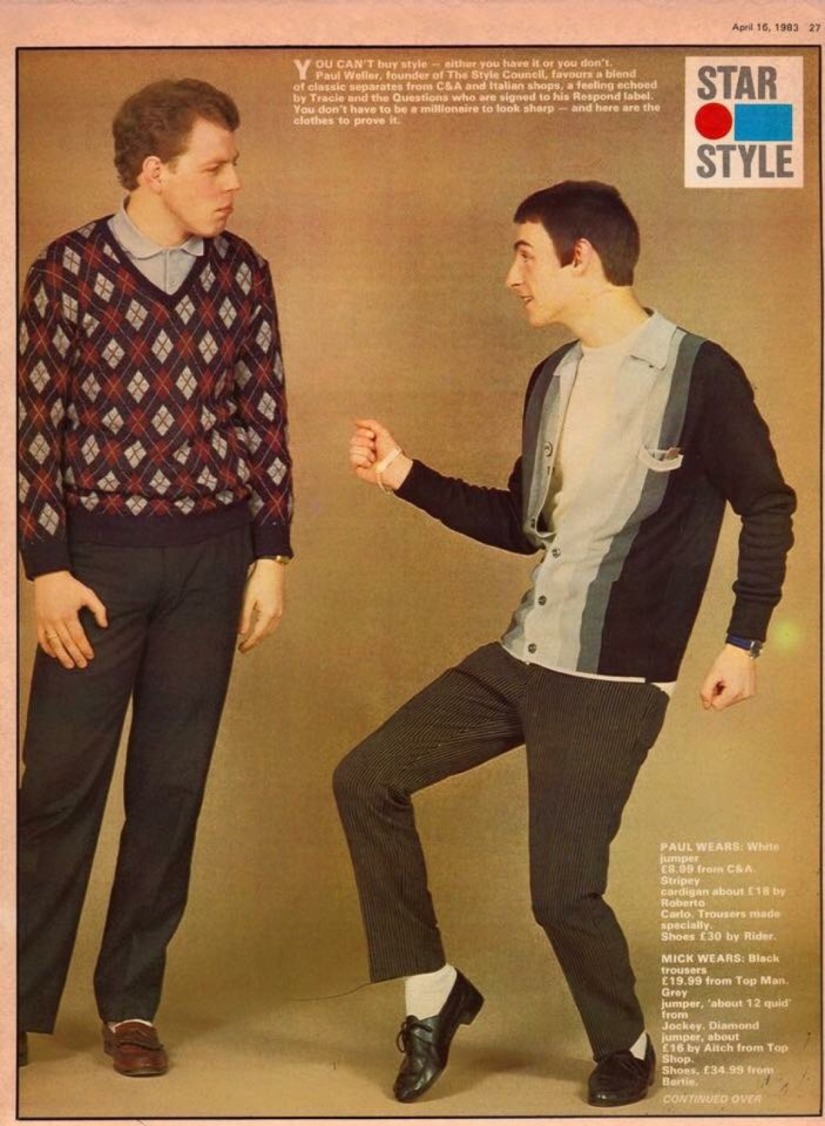 There are a lot of parallels to be drawn between the careers of Neil Young and Paul Weller. Both left successful bands twice before going it alone. Both have defied the critics to release solo albums that are the equal of and better than the material in their supposed golden years. Both stubbornly plough their own musical furrow and fans follow on or fall by the wayside as a result. And both have fallen foul of their record company when they’ve taken an unexpected turn in the road and delivered an album like none before it. Neil Young has done this more than once. On the Kratftwerk-inspired Trans he adopted analogue synths over guitars, a concept album of sorts that highlighted the day to day issues experienced by his disabled son. When Young presented David Geffen with the limp rockabilly of Everybody’s Rockin’ just 12 months later (how’s that for a change in direction?!), his label boss famously sued him for offering up an album that was “deliberately uncommercial and unrepresentative of Neil Young.”

Weller’s seeming faux pas was to offer up in 1989 a 6th Style Council album that was unlike anything he’d recorded previously. Synths replaced Hammonds. Machines replaced drummers. Blissed-out love replaced anger and fury. You could forget the guitars too – there was nary a jazz chord or fuzzed-up Isley Brothers cop off within earshot. This was Deep House music; clean and linear yet soulful and emotive. With the Stone Roses on the verge of indie guitar ubiquity, Weller had seemingly pulled a dud. “We don’t have to take this crap,” thought Polydor. The album – the presciently-titled Modernism: A New Decade – was shelved.

Had the record company been more switched on they’d have been aware of the house scene that had been bubbling nicely underground for a couple of years. Weller was drawn to house music for the same reasons he liked the mod scene. Here were groups of people getting off on soulful American records and, much in the way he’d paid homage to the first wave of US soul by recording versions of Heatwave and Big Bird, he set about recording his own faithful version of one of the era’s anthems, Joe Smooth‘s Promised Land.

Promised Land grooves on a bed of rattling drum machines and rolling, tumbling piano, bluesy and upbeat. Setting yer actual house ablaze, electro bleeps and keyboard stabs herald in a whole new chapter in Weller’s career. Flutes flutter in and out of the mix, a keyboard motif joins it all together and Weller duets with DC Lee in a series of gospel-tinged “oh yeahs” before the pair of them hit the verse. It’s great.

Brothers, Sisters
One day we’ll all be free
From fighting, violence, people crying in the streets
When the angels from above
Fall down and spread their wings like doves
We’ll walk hand and hand,
Sisters, Brothers
We’ll make it to the promised land

A spiritual anthem for unity and hope (and the consumption of MDMA), it resonated with those for whom the house scene was everything. Me? I wasn’t at all into house music but I did really like the new Style Council single. I had no idea it was cover. I came to it via the radio and, with no long-standing relationship with Weller (I had Funeral Pyre on 7″ but I was barely out of short trousers when The Jam were number one) I could listen to it without the appreciation of what came before. That’s the reason I still rate Bowie’s Tonight album far higher than I’ve any right to (I bought it aged 14 on the strength of Blue Jean and played the album to death), but unless you’ve grown up with the artist, you’ll find a fondness for your point of entry that perhaps doesn’t match the accepted version of what’s hot and what is not. As I think about it, the Style Council’s version of Promised Land (alongside the Stone Roses pre-gig playlists) was the reason I looked at house music from a different perspective. Maybe it wasn’t all generic rubbish after all.

Despite the relatively decent placing of Promised Land (number 27), Polydor got cold feet and decided against releasing Modernism. Ever obtuse, Weller had kept it off the album at any rate. Modernism eventually found its way onto the Style Council’s all-encompassing ‘Adventures Of....’ box set and in more recent times has benefited from a vinyl reissue – haven’t they all – and it remains an interesting product of its times.

A couple of years later, Weller would re-use the album’s That Spiritual Feeling for the b-side of his Into Tomorrow single, the track that truly kickstarted the next phase of his career. “Guitar music is on the way out,” a Decca executive famously told The Beatles at the start of the 60s. I wonder if Polydor regret being so dismissive of Paul Weller as he told them the same in 1989? If only they’d stuck by him. Re-strapping his guitar certainly paid dividends for the ever-restless Weller. What record company wouldn’t want a slice of those profits?

4 thoughts on “Prophet vs Profit”