It was supposed to be the ultimate in vanity projects, the 50th birthday present to top all others; our band’s demos cut onto vinyl and pressed in just 5 copies, the cost split between 4 of us for vocalist Grant’s birthday present. Sunday Drivers was our band. A 5-piece that sat somewhere between Buzzcocks’ arched-brow punkish charm and the arrogant self-belief of a still-to-hatch Oasis, we had two types of songs; fast ones and faster ones. Never quite skilled enough to match the heights of our heroes – Smiths, Clash, Beatles, Pixies, REM etc etc – we were best-experienced in the live setting where the ramalama of the backline was offset by Grant’s audience baiting and occasional forays into Duglas T Stewart twee territory. We coulda been, shoulda been contenders, but like all the great bands – and we were spectacularly great – tensions bubbled just under the surface.

“You’ve got the ending of that one all wrong, John!”

“That new tune of yours sounds exactly like The Cure!” (I’m still ticked off about that particular slight.)

And so, after burning brightly but briefly, we fizzled out. Memories linger though, and, as it turns out, that’s really important.

Derek had a sore knee at the end of November. At Christmas he suffered a series of seizures. As 2018 rolled into 2019, he was diagnosed with a brain tumour. The outlook was not good.

Our vanity project suddenly, immediately, took on a whole new meaning. Until now, we’d been considering pressing the ultimate in pop-art statements, a 7” single, and the talk had been about which tracks would make the cut and which would be left off, which song would be the a-side and which would be the b-side…. the important stuff, y’know?

And so, our wee 7” single became a 6-track 33 rpm LP, with actual labels, a proper colour-printed outer sleeve and, the icing on the cake, a full-colour pull-out poster featuring a montage of the band in its prime at various gigs, rehearsals and the 1993 Shabby Road recording session from where the 6 tracks were taken. It was a real labour of love and it’s a beautiful work of art.

When it was completed, we had a night at Derek and Elaine’s to present the finished record in all its 180 grams glory to Grant ahead of his birthday party. He was overwhelmed by it, the effort and expense instantly justified, and I think – I know – that Derek was the proudest of all of us to see and hear the finished results.

Sunday Drivers – My Bud’s None The Wiser 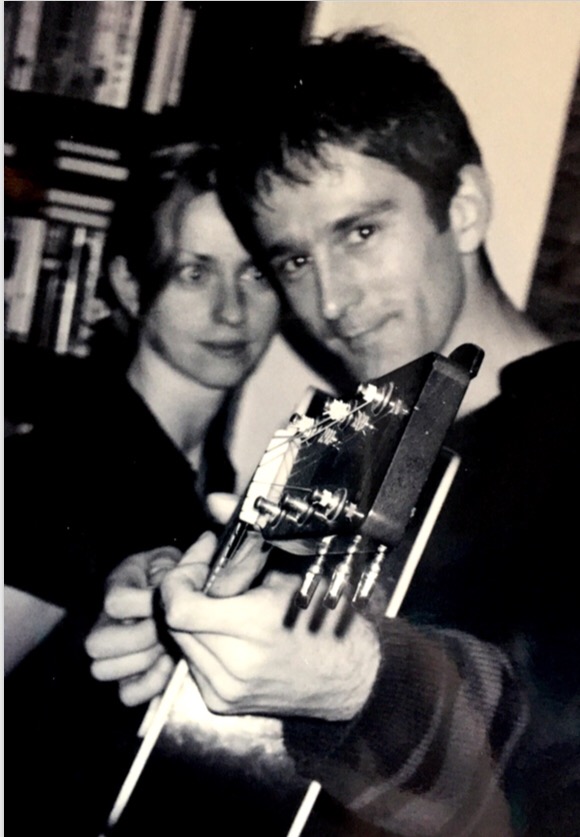 I also gave Derek a second record – this time a 4-track EP of the music we’d made as Fonda. After Sunday Drivers, Derek and myself kept playing and our regular sessions led to tunes which led to songs which led to a new band with Richeal Reader on vocals. The Sunday Drivers stuff was mainly all 100 mile an hour bluster, loud and fast and in your face. Fonda, by contrast, was more carefully considered, certainly more melodic and pretty good.

Quite quickly we played shows. One national tabloid ran a feature on us. “The most important band to come out of Scotland since Travis!” they trumpeted. It was on page 11, the main news feature after 10 pages on Bill Clinton’s dalliance with a dress in the White House. Yes, we were that important! That particular red top is not known for its subtlety nor accuracy though, and not for the first time, they were proved wrong. It wasn’t just them that had us ear-marked for the top – I’ve got a flyer somewhere from a show we played in Glasgow: ‘Live Thursdays headlined by tomorrow’s stars. Biffy Clyro. Muse. Fonda.’ I suppose two out three is fairly good speculation. 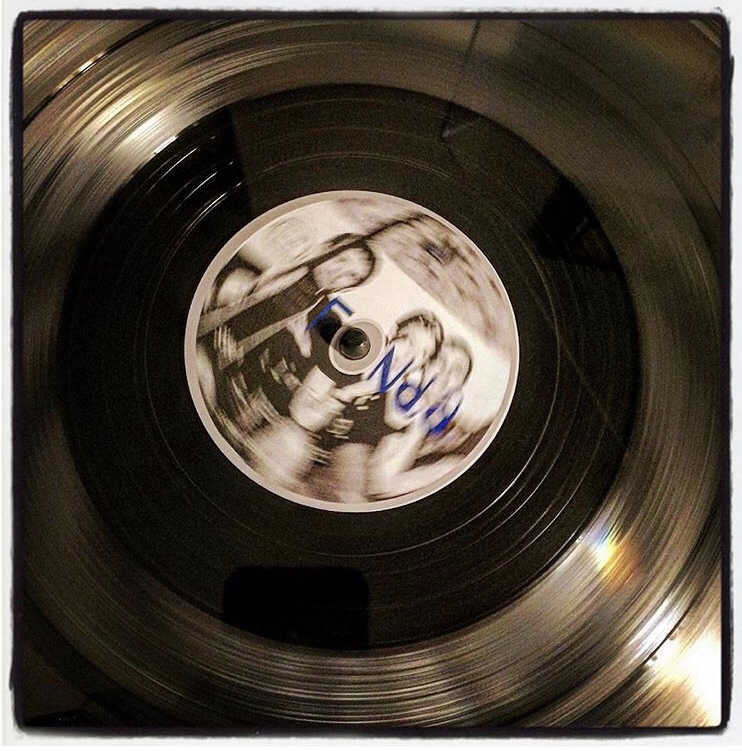 Since then, we’ve had other nights where the focus has been on Indian food and the talk has been of old music, new music and days gone by as Sunday Drivers. The past few months, Derek has become increasingly nostalgic. He’d found an old film of the band playing in The Attic, Irvine’s version of CBGBs or Eric’s or the Hacienda and watched it on repeat. He made us all DVDs of it and implored us to watch it. I told a wee white lie, that I’d watched a bit of it before turning it off. In truth, I hadn’t watched it at all. I didn’t fancy watching an old gig with wonky intros, shonky backing vocals and in-jokes shouted down the microphone. I could tell Derek was a bit put out by my vague dismissal though – he’d spent the time between chemo sessions transferring the VHS to DVD and made us each a copy – so, a couple of weeks ago I stuck it on while no-one else was around. It was a hoot.

Amongst the sturm und drang of the on-stage goings on, there was film of us setting up for the gig; Derek lugging PA speakers from his old Ford Escort (EGB 666X) and up the back stairs, some of us larking around in the DJ box, assorted pals and hangers-on, keen for a hold of a guitar case and the right to free entry as an important part of our stage crew. As I watched, kicking myself for not having watched it before now, I texted Derek. He replied with a simple thumbs up, his more recent form of communication when he’d been too tired or unwell to muster anything wordier.

This time last week we were texting one another, making plans for Teenage Fanclub’s Kelvingrove show at the end of July. I thought this rather optimistic. By now, Derek was unable to walk and was extremely tired most of the time, but he was determined he’d be going. Courtesy of good friends in high places, disabled parking passes, a space for his wheelchair and some unofficial VIP treatment had also been arranged. It was shaping up to be a good night out.

The next day, Derek took a turn for the worse. He lost his speech. Despite his best protests, he ended up being ambulanced to hospital. He never returned home.

Derek Reid died on Sunday. Elaine and Harris, his family and wide circle of friends are shattered.

11 thoughts on “Everything Flows”