It’s no surprise that Primal Scream made a dub album. Back in the day, the core of musicians that constituted the band genre-hopped happily from subculture to subculture as freely as Bobby’s bob grew from curtains to bowl to boho banker and back again.

From tambourine-bashing Velvet-apers (in style, sound and subject matter) to strung-out and wrung-out Stooges/MC5/Dolls copyists, they alighted at the kaleidoscopic, stadium indie of Screamadelica within 3 albums in just over as many years. It barely needs pointing out that Bobby Gillespie and co have always worn their influences proudly on their sleeves, but point out we must. Whether those sleeves are made of denim or leather or silk or rhinestone and patterned in polkas or paisley is neither here nor there.

‘Today on this program you will hear gospel and rhythm ‘n blues and jazz,’ goes the sampled-from-Wattstax Jesse Jackson on the album version of Come Together. ‘All those are just labels. We know that music is music.’ Primal Scream merrily adopted that motto more than most.

Betwixt the hiccup of the Stonesy-yet-flat Give Out But Don’t Give Up and the big beat boutique of XTRMNTR came Vanishing Point and its companion piece, Echo Dek. 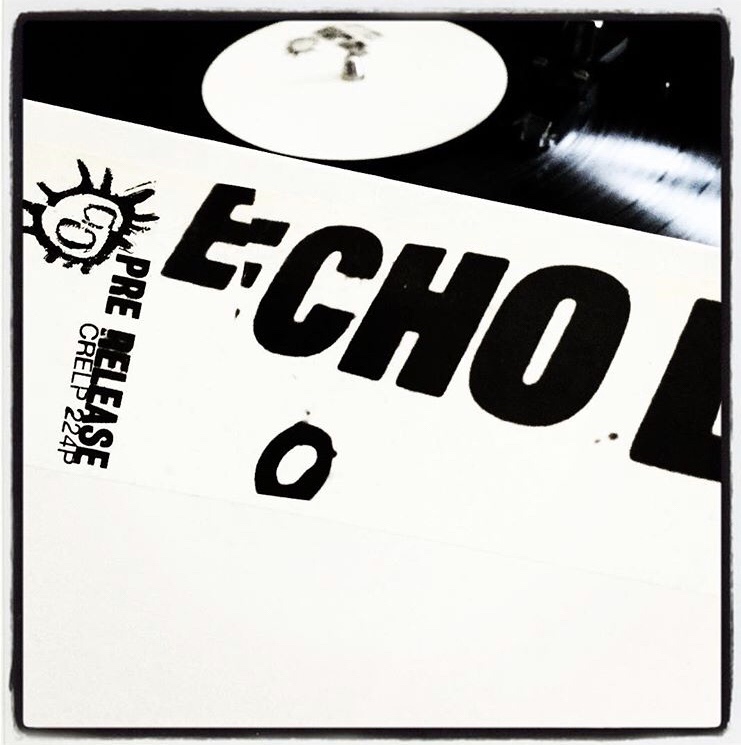 Vanishing Point is where you’ll find the singles; Burning Wheel, Kowlaksi, If They Move Kill ‘Em and Star, all terrific artistic statements in their own right; other-worldly, socially-conscious, sample-happy and interesting from every angle, but Echo Dek is where you’ll hear the album tracks let off the lead, allowed to wander and take whichever turn they fancy.

Stoned immaculate, it’s an ear-opening collection of tracks, a filling-loosening window rattler put together via the combined sonic mastery of Brendan Lynch and Adrian Sherwood, who between them produce and remix 8 of Vanishing Point’s tracks to create 9 fresh cuts. VP track Stuka is on the receiving end of 2 remixes, each of which closes a side on the vinyl version.

Taking their cue from the masters of the genre, cave-like bass guitars boom, snare drums crack away like pistol duels at dawn and modern whooshes and blips and bleeps assault the senses with refreshing regularity. Yer actual Augustus Pablo has his melodica mangled into oblivion on Revolutionary, the remix of Star, while Prince Far I’s vocals filter through the gaps in Wise Blood. Last Train, the band’s contribution to the Trainspotting soundtrack rides in on a bed of sweet Philly guitars and wacked-out dub – more melting melodicas, police sirens, a very Weatherall underbeat – and takes even longer to arrive at its tripped-out destination.

The whole album suggests long sessions at the mixing desk under the creative fug of some chemical or other. It’s long-form music, as expansive and wide as the average Primal Scream fan’s waistline 20 years down the line (sweeping generalisation notwithstanding) and simply epic to listen to. These days it may well be my favourite Scream LP.

It’s no wonder Echo Dek confused the majority of Primal Scream’s audience, waiting hopelessly in vain for Screamadelica part 2. The band would further wrong-foot their diminishing fan base by next releasing Evil Heat, an album that features guest vocals from Jim Reid and Kate Moss, deconstructs songs made famous by Lee Hazelwood and Felt and adopts another uber-cool genre to hang its hat on. “There’s always been a Krautrock influence to our music,” lied bare-faced Bobby at the time. Autobahn 66 (I mean, come on!) is a cracking track though, but one for another day.