In 2005 the Berlin based Scottish artist Douglas Gordon came up with the idea of creating a film about Zinedine Zidane. Zidane was at the time arguably the finest football player on the planet; an attacking midfielder who played the free-roaming number 10 position while wearing the number 5 shirt for Real Madrid, playing with equal measures of flair, balance, vision and aggression. Zizou could make things happen and had the ability to change games with an ambitious pass or turn of speed or selfish zig-zagging run. His unpredicatable Gallic temper that simmered just below the surface added the extra edge that set him apart from his peers. 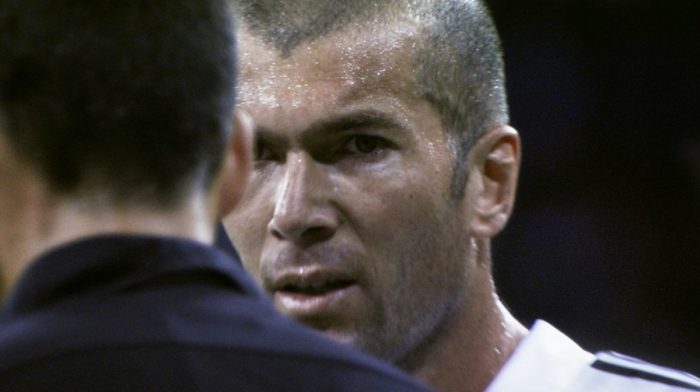 Gordon and his film-making partner Philippe Parreno set up 17 cameras in strategic points around the pitch before a league game at the Bernabeu between Real Madrid and Villareal. They were designed to capture every facet of Zidane’s game over the 90 minutes and didn’t disappoint.

With precious little fanfare the film begins as the game kicks off and ends on the referee’s final whistle. It’s relatively low on budget yet high in concept. The excitable Spanish TV commentary tells the story of the game, but really, that takes second place. Zidane is on screen for (almost) the entirety of the match, sometimes without the ball and sometimes with. You get a real feel for the speed of the game as the ball flashes on screen and just as quickly off again, set on its way by the outside of Zidane’s right boot or acutely richocheting as the number 5 clatters meaningfully into an oncoming opponent.

Those 17 cameras miss nothing in Zidane’s game; the awe-inspiring strength and skill, the disgruntled shouts to less tuned-in teammates, the occasional stroppy spit, the dirty looks to the referee, to the temper-flaring fight that leads to a red card and Zidane’s premature end to the match. If the filmmakers had written a script it wouldn’t have been any less perfect. 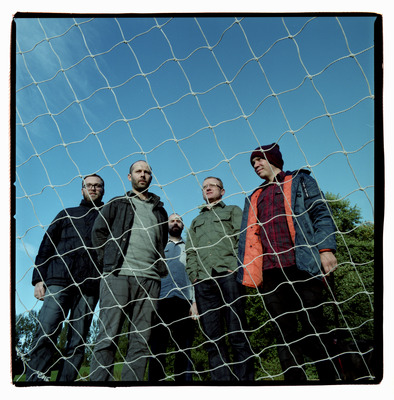 For the entirety of the film, the Spanish commentator and ambient crowd noise generated by 80,000 fans compete with a superb understated score by Mogwai. Film maker Gordon was a huge fan of the band and to get them on board he showed them a rough cut of the film soundtracked by their remixed Mogwai Fear Satan EP. Blown away by the concept and the clash of football and music, Mogwai agreed to get involved and set about creating an instrumental soundtrack.

The finished result plays underneath the film. It’s slow, quiet and understated, the polar opposite of the film’s subject matter, yet it works brilliantly. Sometimes you’ll forget it’s playing only for a ghostly thrumming guitar or phased out section of white-hot feedback to melt back into earshot. Pick of the bunch for me is the brooding Black Spider where vibrating clean-amped six strings allow ample space for a glockenspiel to pick out a simple melody as a lazy drummer half-heartedly adds percussive splashes in the background. Like its subject matter, it’s a beauty.