The duo of Nicolas Godin and Jean-Benoit Dunckel have been making music as Air since 1995. Like Brian Wilson, but with access to all manner of analogue synths and samplers rather then the Wrecking Crew and the cream of the L.A. studio set, they’ve created a unique and focused sound, part space-pop, part ambient electronica, that is instantly recognisable. 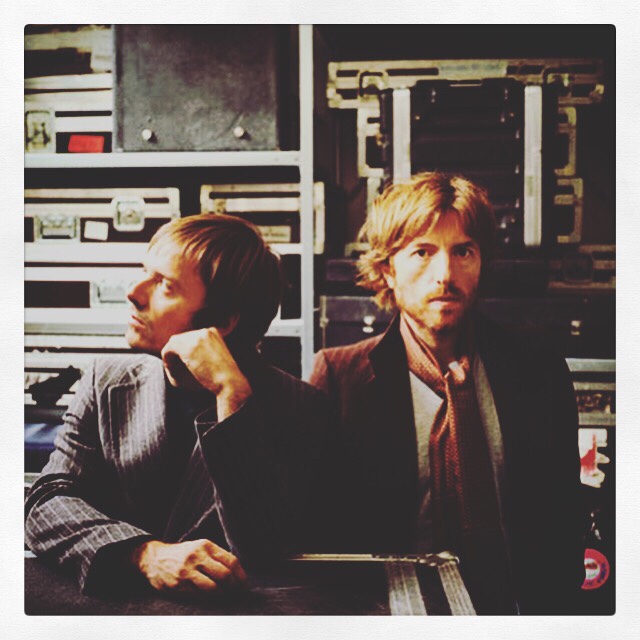 The ubiquitous Moon Safari album might’ve brought them to the mainstream – you can find discussions on its merits in places as disparate as MumsNet and the Steve Hoffman music forum – but before it and since you’ll find some of their best work. Top of the pile is Playground Love, the track they recorded for Sofia Coppola’s The Virgin Suicides.

Built around a beautiful chord progression, it starts off with four clicks of the drumsticks before slowly morphing into a stoned and luscious groove. A sleepwalking Fender bass pads softly down the frets. Real drums lollop with all the energy of a fat-tongued dog in front of a Christmas fire. Vibraphones tip toe around the edge of your consciousness, flowing hypnotically like the oil in that old Castrol GTX ad from the 70s. The vocals (provided by Phoenix’s Thomas Mars) are breathy, close-miked and forever on the edge of asleep. Out of the blue, with an extreme burst of lethargy a lazy saxophone meanders in and out of the words and music, sprinkling the track with the same sort of magic dust that was first found on Pink Floyd’s Us And Them.

Playground Love wouldn’t at all sound out of place on Dark Side Of The Moon. Its slow-motioned timelessness is just right for these Autumnal days and dark nights we’ve suddenly found ourselves in, an aural blanket for lost souls and late-night listening sessions. Listen carefully and you can just about see the blue curl of Gauloises snake around the melody of those understated cooing backing vocals like the crumpled ghost of Serge Gainsbourg on heat. It’s terrific stuff.