If anyone can do long, meandering self-indulgence, Can can. For a while there it was almost de rigeur for bands to name drop them ahead of a new release. The very mention of the Germans being an influence would appear to somehow validate that band’s own music, which is nonsense, of course. For what it’s worth, I can take them more than I can leave them. When they’re good, they’re great. They soar with a fluidity and ease that’s quite extraordinary; Mother Sky, Halleluhwah, Vitamin C, Dizzy Dizzy, Soup….all feature the classic Can trademarks of skittering drums, repetitiveness, whispered chanting and weird background effects. 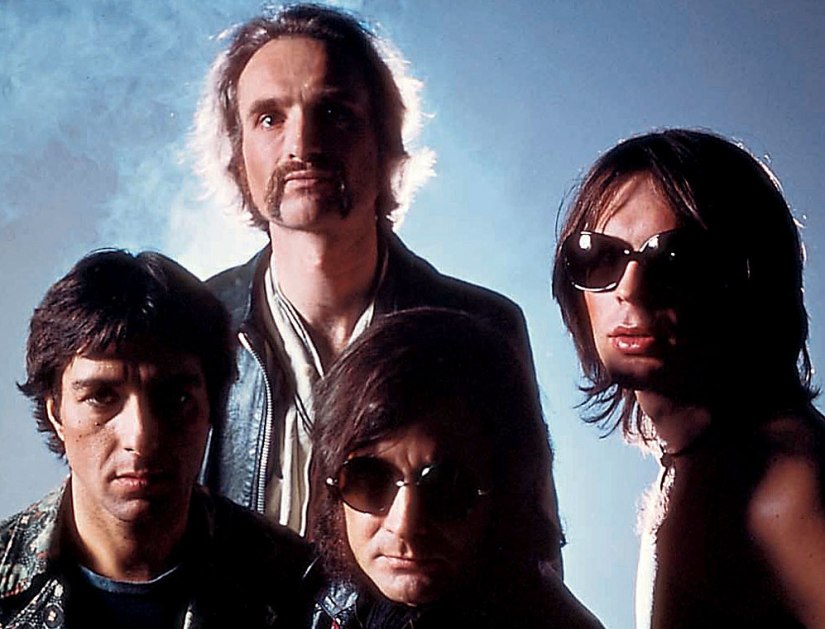 The problem for me starts when those background effects creep ever further forward into the foreground of the mix. Sometimes, they can be just a wee bit too out there, just a tad too hippy, just a bass solo short of full-on prog for my delicate palate. I like Can best when they’re fluid and groovy and forever on the verge of danceability…..

It’s classic, groovy, mid 70s Can. Beyond 10 minutes long, the groove slinks slower than a tranquilised slug traversing a large leaf. Indeed, tectonic plates have more go about them than the track. Yet somehow, somewhere around the 4 minute mark it starts to take effect.

Sneaking in on a cod reggae rhythm, Flow Motion is slow motion. It doesn’t really go anywhere, but when it’s finished you’ll realise that’s the whole point. Other bands might’ve used the same aimless wandering as incidental music, the perfect between-track filler on a concept album maybe, or the ideal opener before the wham of the real opening number. Can stick to the tune and streeeeeetch it out. 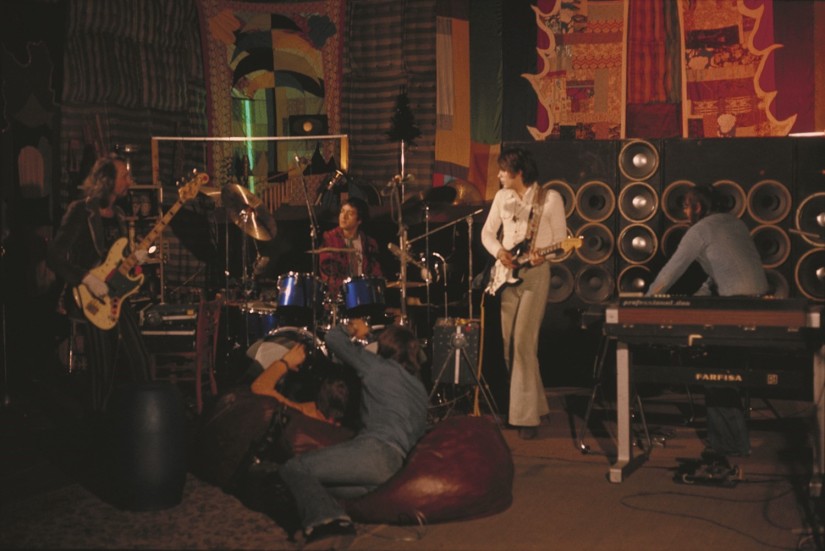 The whole thing is held together brilliantly by the rhythm section. Holger Czukay’s repetitive bassline is sparse, yet non-stop. Jaki Liebezeit’s propulsive drums skitter underneath, somewhere between a Studio 1 sessioneer and a jazz club veteran. Irmin Schmidt’s keyboards weave in and out, coming in waves before disappearing and reappearing at key points. Michael Karoli has free reign on his heavily wah-wah’d electric guitar, adding texture rather than tune, feedback instead of fretplay. He’s all over it, snaking between his bandmates like an avante garde Hendrix. Even a blind man could join the dots between this and Captain Beefheart’s Clear Spot album before arriving at PiL’s Albatross.

Flow Motion is the last track on the album of the same name. The album opener I Want More was an actual, bona fide chart hit for the band, Top Of The Pops appearance ‘n all.

Can – I Want More

The young Johnny Marr recalls a time being in the back of the family car, driving to Wales for a holiday, listening to I Want More on the radio. When he was writing How Soon Is Now, the sticky fingered Johnny channelled the rhythm and feel of Can’s hit for his own means. I’m sure you knew that already though.

It’s a strange album, is Flow Motion. On release, fans hated the numerous nods to disco and reggae, lamenting the loss of the ambience that made albums such as Tago Mago, Ege Bamyasi and Future Days so special. Listening to it as I type, I’d suggest it’s better than it may have been given credit for. Of course, I was only 6 when it was released, so I come to the album from a different time and place. That last track though……s’a cracker. Everyone agrees on that.