“It’s Saturday night in the Barrowlands! Where else would you rather be!?!” asks Norman Blake to the partisan home crowd. He’s greeted with a huge cheer. Aye, this gig had all the makings of a classic; a much-loved band, a new album currently hovering around the higher echelons of many ‘Best Of The Year’ lists, a back catalogue of killer songs and social media ablaze in the days running up to the show with desperate pleas for any spare tickets for the home-town gig in The Best Venue In The World (us Barrowlands stalwarts are fiercly protective of our venue – on the right night, there’s nowhere else like it on the planet). With the exception of the Trashcan Sinatras, I’ve seen Teenage Fanclub more times than any other band. From King Tuts and the Grand Old Opry to the SECC and back again. In Motherwell. In Edinburgh (more than once, too). Supporting Neil Young and Pixies. I’ve been to numerous TFC shows in all manner of places. I think last night was my 43rd show, and as such, I’m fairly well qualified to judge a Teenage Fanclub show. So why did I leave the gig slightly (just slightly, mind) underwhelmed and a touch (just a touch, mind) disappointed? 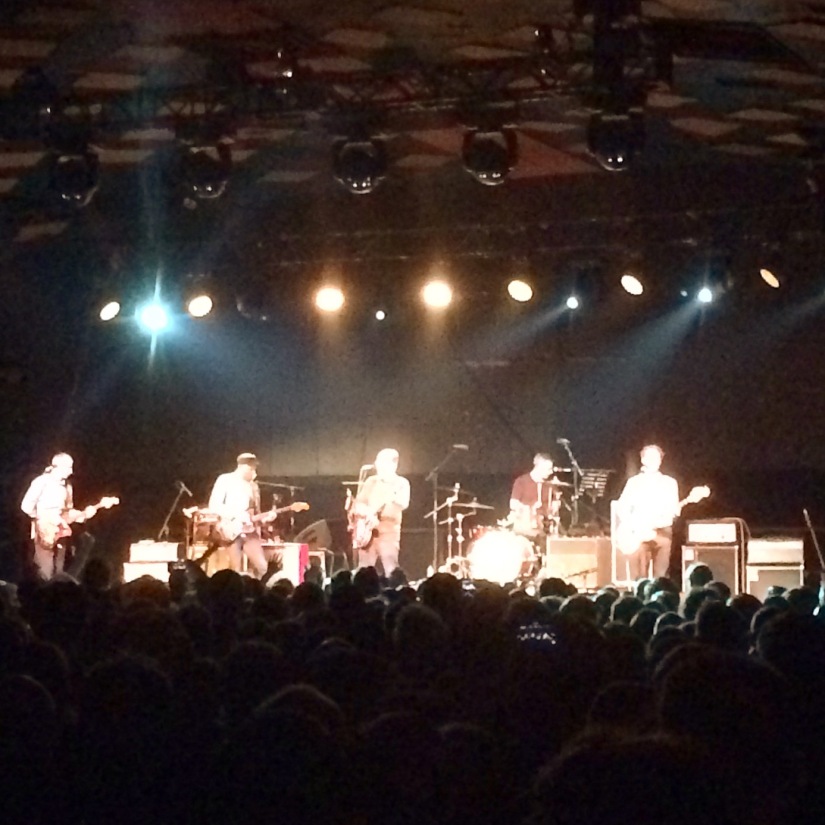 Maybe it’s where we chose to stand. Years ago I’d have made my way to as close to the front as possible, fingers crossed that I would still have 2 shoes on by the end of the gig. More recently, at the back, on the wee lip that borders the sprung dancefloor has become a favourite spot for middle-aged short arses like myself, but when the only spot that remains happens to be slap bang in the middle of the main thoroughfare for the bar, by the 3rd song in I was wishing I was that gung-ho Barrowlander of old. I would’ve gone for it too, but I was wearing reasonably new desert boots and I didn’t want to risk it.

Nope, it wasn’t that. Despite the flow of people (who goes to a gig to spend their night walking parallel to the stage while staring at their phone for most of the night? A debate for another time…), I had a perfect view. Slightly stage right, facing Gerry and looking across the top of the audience’s heads.

Maybe it was the choice of songs. The setlist was strong – a decent mix of new material (5 songs from the new LP) and a choice selection from the Fanclub’s stellar back catalogue, including band perennials Star Sign, Ain’t That Enough, Sparky’s Dream, I Don’t Want Control Of You, and The Concept, songs that between them have a combined age of half that of the Rolling Stones, but still sound as fresh as they day they were first commited to vinyl. 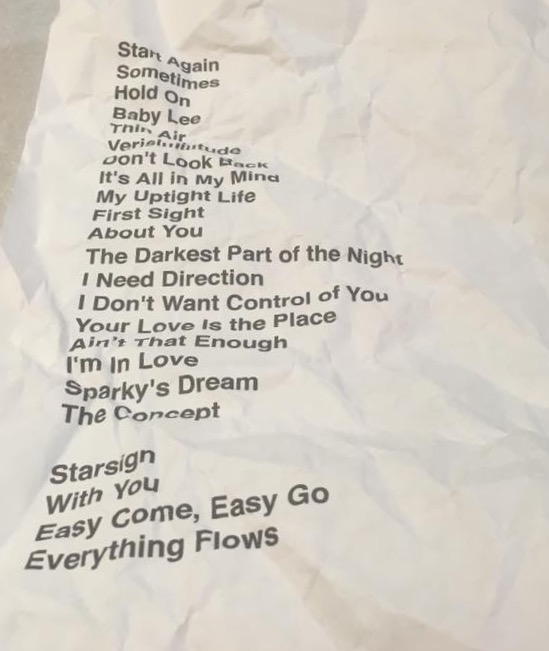 ‘Borrowed’ from the Teenage Fanclub Fanclub Facebook page. Credit where it’s due.

Nope. Nothing wrong with the songs they played and how they sounded. Is there any finer sight in music than when the three principal members of Teenage Fanclub step up to their mics and sing as one? No, there’s not. The vocals sounded really terrific. The Concept, with it’s big 70s soft rock outro sounded fantastic. Fanclub-tastic, even. And the opening one-two of Start Again followed by Sometimes I Don’t Need To Believe In Anything was perfect, the latter’s Harper’s Ba-ba-ba-ba-zarres and woah-wo-ohs and sudden stop particularly thrilling to these ears. Elsewhere, Raymond’s rediscovery in the joys of the whammy bar were put to good use, with liberal sprinklings of divebombing twang on the newer material. At one point, he and 5th Fanny Dave indulged in a spot of beautiful twin axe attack harmonising guitar, which had me shouting “Thin Lizzy!” to no-one in particular. The reserved crowd even risked a spot of dad dancing during Don’t Look Back, at that moment the Barrowlands momentarily transformed into The Best Venue In The World. 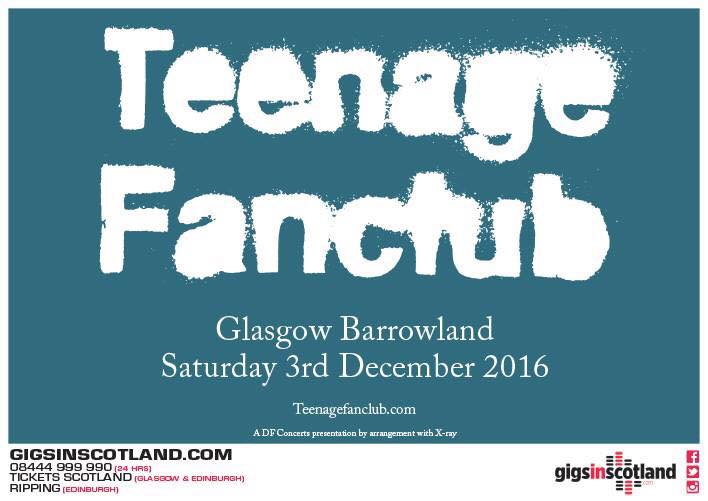 My complaint is two-fold. Firstly, much of the set was badly structured. Norman changed his guitar after every song which meant that while long-term guitar tech Guitar George wandered on and off with the Gibson or the Casino or the Mustang, the others shuffled around with silent tuners and little in the way of audience interaction. The Ramones could’ve played a whole set in the gaps between the songs.

The order of the songs was wrong too. A Norman song followed by a Gerry song followed by a Raymond song, and so on. Nowt wrong with that of course. With 3 top-class songwriters in the band, this is probably the most democratic way to do things. But it’s the Raymond songs I have a problem with. For me, always the weak point on the albums, they fail to cut it live too. They spoil the flow. Upbeat. Upbeat. Downbeat. Upbeat. Upbeat. Downbeat. Just as you’re getting into it, here comes another introspective Raymond jangler. Or a guitar change. Not even the honey-coated harmonies from Norman and Gerry could rescue things. It was great to hear the long-lost Verisimilitude again, with Norman’s guitar elevating it to greatness. It was even fine to stick My Uptight Life in the middle of the set, sandwiched between the chugging rush of It’s All In My Mind and The First Sight, one of the new album’s highlights. But these songs were played instead of others, not as well as.

Given this was the 2nd-last night of the tour…in the Barrowlands…in front of family, friends and the long-time faithful, I expected a Did I Say, or a Broken, or a Radio, or a God Knows It’s True with Brendan back on drums, or….. y’get the idea. So many great songs at their fingertips and the band chose to sludge the set up with a wee handful of mid-paced clunkers. And ditto for the encore. Here was the band’s chance to turn the years back and remind us why on their night they’re untouchable. Instead, the 4 song finale was like the rest of the set; two classics bookending a couple of set fillers. As great as the wee Grant McLennan cover is (it’s a cracker) and as soaring as the magnificent Everything Flows undeniably is, that’s why I’m feeling slightly let down this morning. Just slightly, mind. Maybe you’ll get a different set at the ABC tonight. Unusually for me, it’s a Fanclub show I can’t make. I hope it’s a cracker.