George Harrison, the youngest Beatle, bullied by John and Paul into 2nd tier status in the band, was essentially the runt of the litter yet wrote some of their most enduring songs. When writing sessions were underway ahead of a new Beatles’ recording, poor George had to bide his time while the other two writers hogged the limelight with their latest offerings. Only after they had been given careful consideration would George be allowed to show off what he’d been working on. In any other band, he’d have been the principal writer and held in higher esteem, but in The Beatles he was lucky to get more than one of his tracks onto each album. 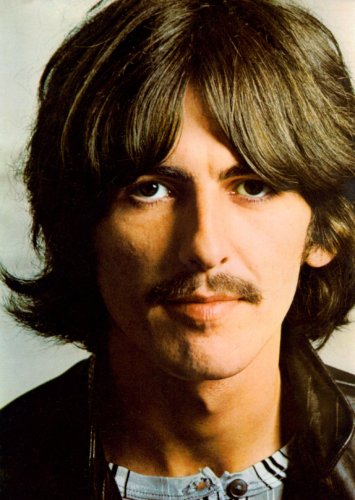 By 1968’s ‘White Album’, George had a handful of future classics under his belt. Writing sessions in Rishikesh in northern India proved particularly fruitful. The Beatles plus associated wives/girlfriends along with a raggle-taggle mismatch of musicians and actors (Donovan, Mike Love, Mia Farrow and her sister ‘Dear’ Prudence) gathered at the feet of the Maharishi to find out the ways of tanscendental mediatation. 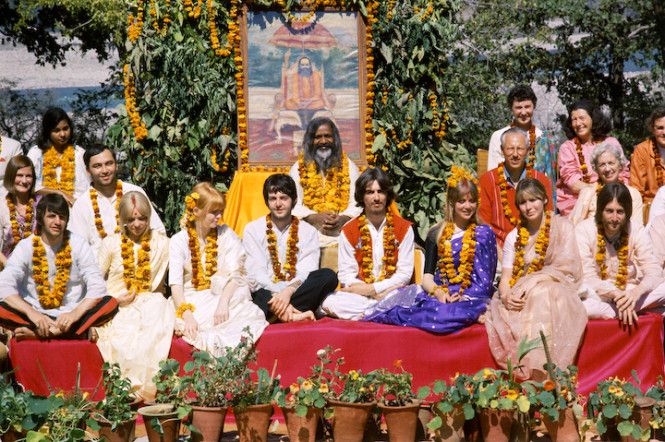 The trip was not without incident;  Ringo visited a doctor due to a reaction to the inoculation he’d taken before going, John complained that the food was lousy (Paul and Jane Asher loved it) and the Maharishi, as peace-loving and spiritual as he may have been, turned out to be a randy old man, intent on bedding as many of the female guests as he could.

George was particularly taken with meditation, leading John to quip, “The way George is going, he’ll be flying a magic carpet by the time he’s forty!”

Against this backdrop, John, Paul and George wrote many songs that would appear on the new Beatles’ album at the end of the year. Donovan turned John onto a new style of fingerpicking that he’d picked up from the folk clubs and Lennon put it to good use on Dear Prudence. George might’ve been equally inspired, as the descending bass run that characterises Dear Prudence makes it into a couple of his own songs on the White Album. 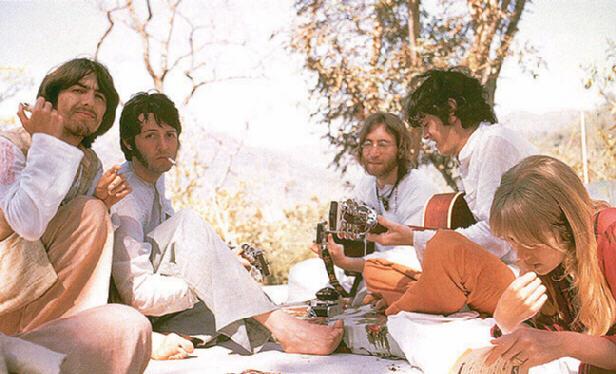 While My Guitar Gently Weeps began life as a downbeat campfire singalong; folk in a minor key, with the ubiquitous descending bass line offest by an uplifting bridge. It’s understated and simple, nothing like the album version.

George had to wait an agonising 8 weeks from the start of the album sessions before being given the chance to showcase it. Quite how he kept his mouth shut as John ran through days and days of tape loops creating the arty (but tuneless, let’s be clear) Revolution 9 while Paul completed dozens of takes of the reggae-lite Ob-La-Di, Ob-La-Da and even Ringo had his moment in the spotlight with his honky tonkin’ Don’t Pass Me By is very impressive, but when given his moment (“I always had to do about ten of Paul and John’s before they’d give me the break,”) he rose to the occassion. 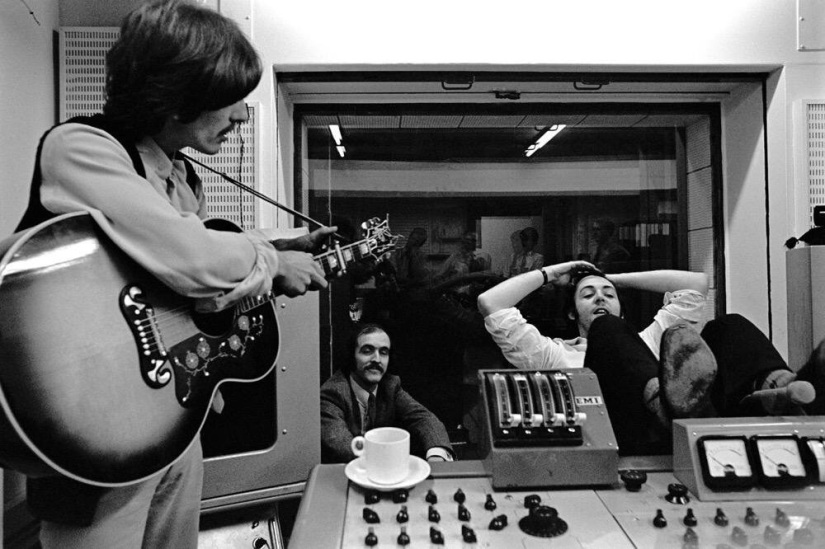 The demo of While My Guitar Gently Weeps was used as the blueprint and added to with layer upon layer of guitar and vocals through the use of an 8-track recording machine (the first Beatles’ track to do so) until it was the super-heavy version that appears on the album. An uncredited Eric Clapton was asked by George to play guitar on it. George had been bemoaning the fact that he’d spent hours aimlessly trying to recreate a weeping sound for the track and asked his pal instead to play the solo, which he did with majestic, understated aplomb.

The Beatles – While My Guitar Gently Weeps

It’s a perenial favourite, never bettered than when Prince put the other ‘stars’  – heavyweights Tom Petty, Jeff Lynne, Steve Winwood – firmly in their place with his outrageously brilliant cameo at the 2004 Rock ‘N Roll Hall Of Fame. Two questions, the first rhetorical. How overjoyed does Dhani Harrison look when the wee man steps up and takes the song to a whole new level?

Secondly, what happens to Prince’s guitar at the end? Watch….