The blues had a baby and they called it rock ‘n roll. Standing expectantly with the forceps may have been Ike Turner, and on hand with the hot water and towels was Little Richard, but there, straight outta the womb came a duck walkin’, smart talkin’ Chuck Berry, sly grin on the side of his mouth and holding a cherry red Gibson with a hand span as wide as the Mississippi.

He sang of motorvatin’ in shark-finned Cadillacs, of Coolerators and TV dinners, of a life so technicolour and otherworldly and sci-fi that he couldn’t fail to capture the imagination of anyone with half a feel for the beat. It’s no wonder that future legends like Keith Richards and Eric Clapton embraced him so keenly. Young Keith was still playing with rats on Blitzed-out bomb sites in a post-War Britain living in severely austere times, and here was Chuck, singing quite literally about the promised land. 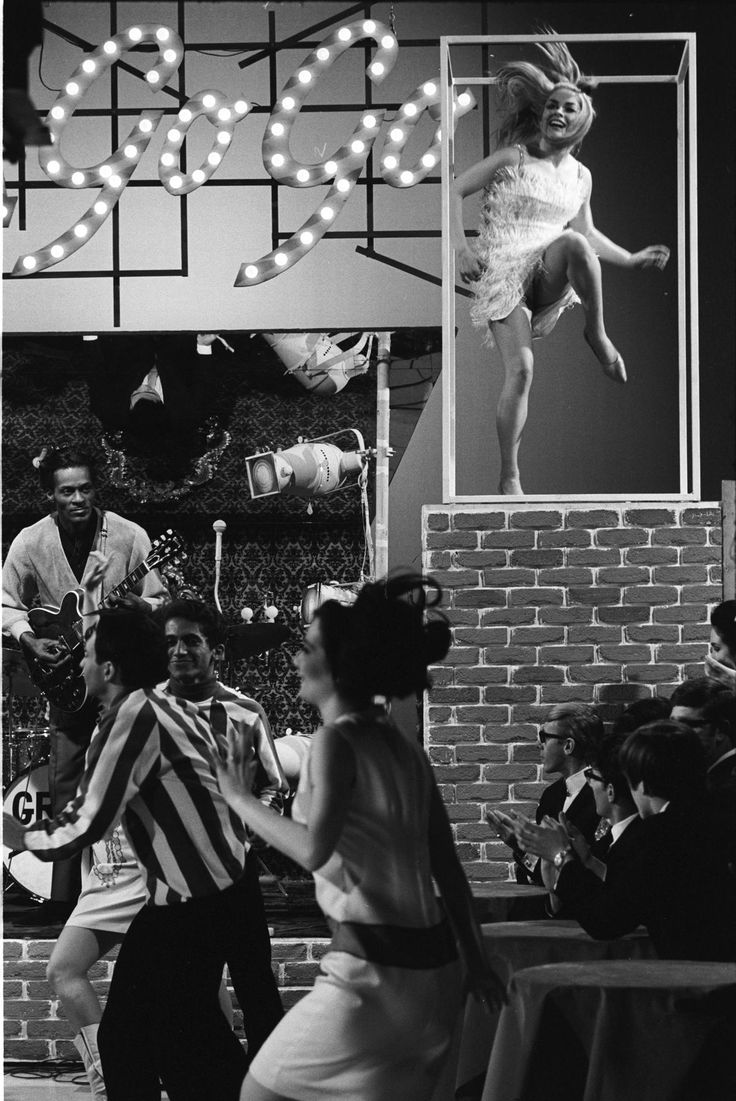 I’ve always loved Chuck’s Bye Bye Johnny, a follow-up in sorts to Johnny B. Goode, a story song where the protagonist leaves home in search of fame and fortune. First time I heard it though was on Status Quo’s epic triple box set ‘From the Makers Of‘. For years I assumed it was a denim-clad Quo original. With it’s 3 chord chugga-chugga boogie and heads down, no-nonsense approach it could well have been a mid 70’s Quo classic.

Back in the early 80s, (September ’83), around the time I’d have been headbanging myself into stupidity with a tennis racquet and Status Quo blaring in the background,  Chuck and a pick-up band played my hometown of Irvine. I never went. Why? Because I was a daft wee boy who was in denial about music from the past. If my parents liked it, I didn’t. It was as simple as that.

The promoter of the concert, Willie Freckleton, booked all the bands that came through the town, from Chuck and The Clash to Oasis and Bjork. In later years he told me the story of how Chuck wouldn’t play until he’d been given his fee in a brown paper bag stuffed with good ol’ fashioned American dollars. For a man who’d been ripped off from the moment he’d picked up a guitar, this was probably a smart move, albeit a little cold. After the main set, where Chuck had of course wowed the audience with his 3 minute symphonies and wide-legged stage antics, he left to frenzied applause.

“That was great, Chuck!” cheered Willie to his idol from the side of the stage. “Are you going back on? Give the audience a wee bit more, eh?”

The Irvine audience never got an encore.

You can’t write a piece about him without pointing out the fact that Chuck Berry is, by all accounts, an appalling human being.

Not just for the money-in-the-bag story (that’s so routine in Chuck’s world now, it’s almost as much a signature move as the Johnny B. Goode riff) or the dubious lyrics that reference young girls and carnal acts dressed up in all manner of metaphors.

There is the 3 year jail sentence for transporting a 14 year-old across State lines for ‘prostitution’ and immoral purposes’. You can’t dress that up in metaphor, Chuck. Or maybe you did?

More recently, there is the story of him having a hidden camera in the female toilets in his restaurant. Charges were only dropped after he agreed to pay financial compensation to the 200+ victims who came forward.

Flawed genius? Perhaps. Or just not a nice man.

Broadcaster Andy Kershaw does a really terrific stand-up routine, based around his autobiography ‘No Off Switch‘ – it’s a brilliant read, and part of his show is based around his distaste for Berry as a person alongside the unbridled joy of listening to Promised Land.

“If you want to travel across America, don’t do Route 66. That’s the accepted route, but believe me, unless you’re into farming and grain containment, you won’t find a more boring road in the whole of America. If you want to find out about the real America; the grit, the dirt, the soul of the country, take Uncle Chuck’s advice and follow the lyrics of Promised Land.”

Kershaw then impressively reels off the lyrics. Breathless poetry about a land that captured the imaginations of all those post-War wannabe guitar players. It’s a beautiful thing….

I’ve always had a soft spot for the late 70’s Elvis version.

Listen closely and you can hear his lard ass a-wobblin’ out the seams of that ridiculous white jump suit as he breathlessly tries to keep up with the rest of the band. Heck, you can practically see the sweat flying over the top of the gold aviators as The King staves off the heart attack for a few more weeks. Essential listening, of course.

10 thoughts on “Goode and Bad”