The Small Faces were the perfect group; a pint-sized pocket dynamo of r’n’b and soul, windmilling guitars and swirling Hammond. They dressed the same, sported the same haircuts and were a walking, talking, living and breathing advert for Carnaby Street and Swinging London. None of the four of them stood taller than 5′ 6″ (it was the 60s, therefore imperial units of measurement counted) and were mod to the core. In the street parlance of the day, a ‘face’ was the most respected, sharpest looking mod about town. The band name wrote itself. 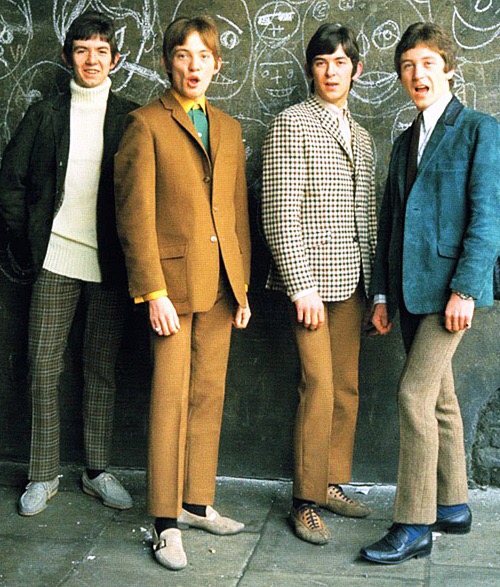 With disparate roots in American blues and soul and cockney music hall (thanks in part to Steve Marriott’s training at the Italia Conti stage school), The Small Faces cooked up an original brew of heady mod pop.

As the sixties progressed and trouser legs widened, The Small Faces’ sound drifted away from the cor blimey Pearly stomp of the mid phase Faces to a more pastoral, whimsical and expansive psychedelic sound, but by 1968 the band were brought back to terra firma when Marriott penned Tin Soldier.

Tin Soldier was a no quibbles return to their r’n’b roots – an off-mic count-in gives way to piano and Hammond before Marriott’s stinging electric guitar and rallying cry of “Come on!” lead into the verses. It builds and drops before building again into a wonderful crescendo of tumbling toms, grinding riffs, gritty soul adlibs and a hysterical female (PP Arnold) hell bent on raising the roof. If The Small Faces are the perfect group, this is the perfect record. If you listen really carefully, you’ll hear a little scratching noise in the background – that’s Paul Weller writing his crib notes.

Jenny Rylance. Whatever did Rod Stewart see in her?

Steve Marriott wrote Tin Soldier for the beautiful yet unattainable Jenny Rylance, a leggy model who was at the time Rod Stewart’s girlfriend. He intended to give the song to his current beau PP Arnold, but on completion, realising he’d created such a brilliant track, he gave Arnold If You Think You’re Groovy instead and kept Tin Soldier for The Small Faces. A wise move, as it turned out. When Randy Rod finished with Rylance, Marriott ended up wooing her and married her a year later. Like the Artful Dodger he once played on stage,  Marriott ended up with both the song and the girl. The perfect ending.

I usually steer clear of sticking YouTube clips in posts, but this is fantastic – a top of their game Small Faces on French telly, live vocals, mimed instruments and with a little help from a somewhat sparkled PP Arnold. Check the eyes! Oh to have seen them in concert.

Here‘s a live version of Tin Soldier from Newcastle City Hall in November 1968.

I get the impression the screaming and incidental crowd noise has been mixed in afterwards to create a more ‘live’ sound, though I may be wrong. Either way it sounds like The Small Faces are playing in a cave to 20,000 appreciative ace faces, and not the sweaty box bedroom-sized r’n’b club you might’ve expected. (Newcastle City Hall being neither, as it turns out.) 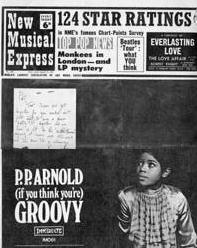