So says this epoch-defining trade ad from 1967. “Make your guitar grrrrowl! Make it sound like a see-tar! Listen to the funky bass guitar sounds you get!”

Vox Wah-Wah Ad (5 minutes long and worth listening to every minute):

The wah-wah was created by happy accident, when Vox engineers got the circuitry mixed up in a new range of Beatles-inspired amps they were producing. Realising they’d just created an electronic version of the effect jazz trumpeters had pioneered in the 20s by muting their horn with a hat, they seized on the potential and began producing wah-wah pedals. 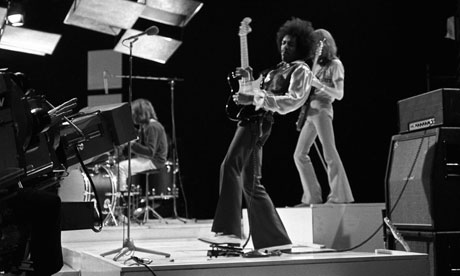 Almost immediately, guitar players saw their appeal. Jimi Hendrix was an early adopter of the effect – Up From the Skies on Axis: Bold As Love was one of the first tracks recorded with a wah-wah, and from then on in, it featured heavily in Jimi’s incendiary output. The Burning Of The Midnight Lamp, All Along The Watchtower, Voodoo Chile (of course) – all featured the screamin’ sound of the wah. There he is above, quite literally rockin’ the wah.

Before long, no self-respecting psychedelic act was without a wah-wah, and the the pedal became an integral part of the sound of the era. As a general rule of thumb, the wider the flares, the wilder the wah. The Electric Prunes even went as far as endorsing the effect. 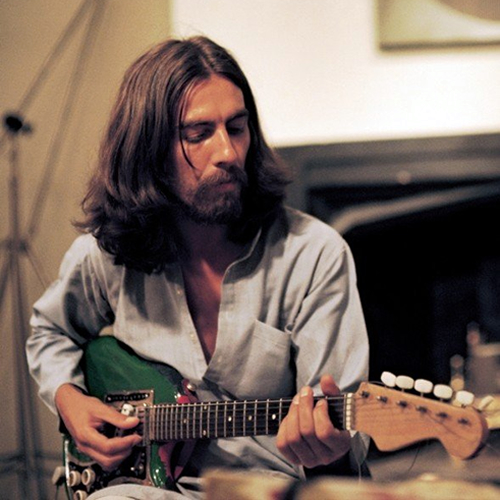 George Harrison, newly freed from the shackles of The Beatles and with a sackful of songs he was eager to release under his own name employed Vox’s pedal on the self-explanatory Wah-Wah from 1970’s All Things Must Pass.

It’s a cracking track, almost throwaway pop, although it maybe buckles a wee bit under the pressure of Phil Spector’s over the top production. Sleigh bells? Aye! 35 backing singers? Of course! More brass than a colliery band? Well, it is being produced by Spector. A multitude of guitar tracks?  Well, it is being played by George Harrison. The main riff is suitably Eastern-influenced, a call and response one chord groove that swaggers like Muhammad Ali in the 15th round. It soars with each key change, guitars free-forming over the top while the original riff underpins the whole thing. George even has the cheek to steal the chorus from that Vox ad at the top there. Listen again to the last 30 seconds. Who noticed?!? Kula Shaker certainly did – George’s track practically gives birth to the daft four-piece, but don’t hold that against him.  Om shanti shanti shanti.

By the 70s, the wah-wah was being employed to great effect by the soul community. Curtis Mayfield….Sly Stone….The Temptations….they all had wah-heavy records out. Rather than solo, (that would be far too ‘rock’), the players created the distinctive wacka-wacka sound that’s now become the ubiquitous sound of the wah-wah. Y’know, Theme From ‘Shaft’ ‘n all that.

Here‘s the lesser-known (by Shaft standards at any rate) Psychedelic Shack from The Temptations:

Since then, the wah-wah pedal has featured on all sorts of tracks by all sorts of musicians, from Joni Mitchell and John Martyn to Metallica and The Melvins. It’s reassuring to know that in any given record collection, you’re never more than 30cm from a track featuring a wah-wah. 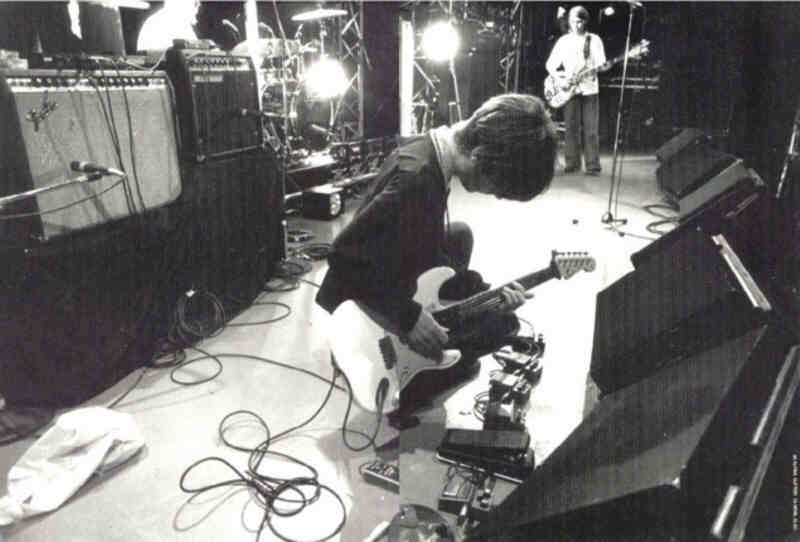 2 thoughts on “The Mighty Wah”