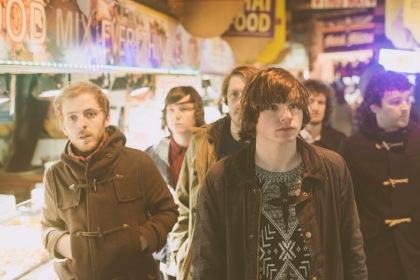 Next Monday (23rd May) finds the hotly-tipped Neon Waltz bringing their spring tour to a close in the intimate settings of Irvine’s Harbour Arts Centre, a brilliant wee venue 20-odd miles south of Glasgow that, when full, holds just over 100 people. The audience surrounds the band on 3 sides and there’s not a bad seat in the house. No-one at the gig will be more excited than myself.

I’ve been following Neon Waltz closely over the past year since first hearing them via the more hip, finger-on-the-pulse blogs. They’ve released a self-financed, extremely limited 7” (the military two-step marching Bare Wood Aisles), signed to Noel Gallagher’s management company (but don’t let that put you off – fans of Oasis might find their tunes pleasantly melodic, and Neon Waltz are fond of a cagoule and a duffel jacket, but they sound nothing like the mono-browed Mancunians) and they’ve recently released a 6 track collection of demos (First Light) after inking a deal with recording giant Atlantic Records, home to Led Zeppelin, Aretha Franklin and most of the greats you can think of. In short, Neon Waltz are going places.

It’s unlikely the band had these sorts of giddy expectations when they began rehearsing a year ago in an old, cold abandoned croft on the outskirts of Caithness. I put this to vocalist Jordan Shearer, owner of the finest bowl-cut fringe in music since Bobby Gillespie in 1990, as we do a quick catch-up over the phone on his day off in Oxford, sandwiched in-between gigs in Amsterdam and Birmingham.

“Coming from where we do, we have to think about things differently to everybody else. We knew we were a good band, but no-one from around our way ever expects to become famous or make it. We were just happy playing music for ourselves…I know how cheesy that sounds, but it’s true. When we found out there were record labels interested in signing us we couldn’t quite believe it.” 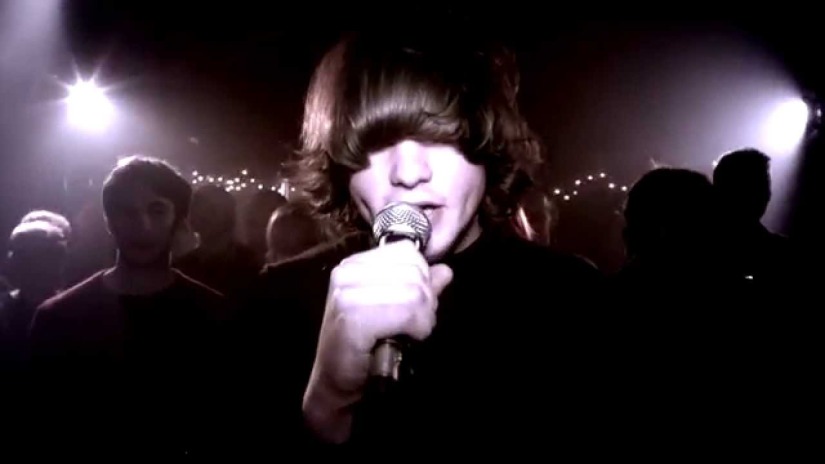 That they come from the far north of Scotland, in musical terms the middle of nowhere, has helped Neon Waltz forge a sound that is more than the equal of its influences. Victims to neither fads nor fashions, they’ve quietly gone about honing their own version of the sounds that turn them on. As a six-piece they bring many elements to their music.

“We all love The Band’s The Last Waltz. I think we actually saw the film before we’d heard the LP, but as a group we really loved their rootsy, organic take on things. There’s a definite Band influence, maybe not in our sound, but certainly in how we approach making our music.”

King Harvest (Has Surely Come) is one we all love. The playing on it is superb. Loose and funky. They were proper musicians, The Band.

I suggest to Jordan they ask Atlantic to get Robbie Robertson to produce the eventual first LP by Neon Waltz. You’ve gotta make the most of your opportunities, I tell him. Watch this space…

We’re all big music fans. Spotify has been a great tool for us in discovering new bands. We all write and contribute to the band. Usually, someone has the bare parts done on an acoustic guitar, basic open chords, then we play it with the band. We all add our own parts, with a bit of tweaking here and there until we’re satisfied with the sound of it. We’ll often go on long, extended jams. Bare Wood Aisles came out of a 20 minute jam.

Neon Waltz take their influences and spin them into terrific, slightly psychedelic, little symphonies. The guitars, sometimes chiming, sometimes fizzing, always to the fore and battling for attention with a drummer fighting a serious Keith Moon infatuation bring to mind all of what’s good in premier league indie rock. The National. Ride. The House Of Love. They’re all in there. 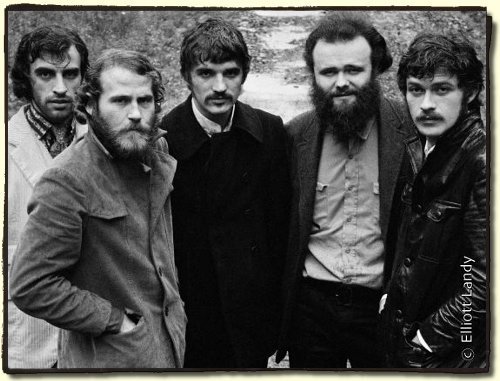 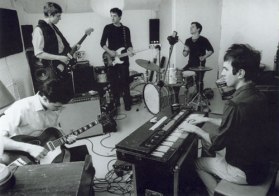 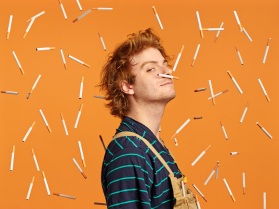 I’ll have to pick a track by The Walkmen. They’re one of our favourites. D’you know them? I could pick anything by them…. Let’s go for The Rat. There’s so much energy in it.

The Walkmen – The Rat

We all like vastly different records and bands, but there are lots of things we all agree on. One of them is The Magical World of The Strands. What a genius songwriter Mick Head is. He was in Shack and The Pale Fountains, two bands that never got the attention they maybe deserved.

The Magical World… is his first solo LP. We all love the songwriting and the arrangements. He’s a true one-off. If I was to recommend any of his songs it would be Something Like You.

Another obsession is Mac DeMarco. My latest infatuation is a song of his called Ode To Viceroy. It’s slacker rock, basically, full of beachy surf guitars. Viceroy is an American cigarette brand and this song is a very funny ode to the joys of smoking.

Mac DeMarco – Ode To Viceroy
Our tour manager Big John from Liverpool turned us on to Captain Beefheart. Mad shit! It’s out there, man! We played the Safe As Milk LP regularly on our first tour. It’s great stuff!
Captain Beefheart & His Magic Band – Sure ‘Nuff ‘N Yes I Do
The one band we all agree on, other than The Band, is The Coral.
The Coral – Skeleton Key
The Coral are brilliant! Simple pop songs, but brilliantly played. They are very clever in how they arrange their songs. Skeleton Key from their first album captures everything that’s good about the band – out there, uncompromising but still pop music.
Zoom right in to the finer details of Neon Waltz and you’ll spot all these influences and no doubt many more. What’s impressive is that they have reassuringly ‘old’ tastes that belie their tender years. That might be a turn off to some, but not for me or many of you who drop by here regularly. The tagline up there isn’t ‘Outdated Music For Outdated People‘ for nothing, y’know.

Listen closely to Neon Waltz and in the woozy vocals and wonky keyboards you’ll hear shades of The Chocolate Watch Band, The Standells and all those terrific Nuggetsy garage bands. A more obvious and mainstream influence might be The Charlatans.

Take a track like  Veiled Clock. When the instrumentation drops and the vocals soar, you’ll be able to pick out lovely 3-part harmonies informed by Crosby, Stills & Nash. Zoom in closer and you’ll spot the Fleet Foxes arrangements.

Listen for pleasure though, without over-analysis or a need to compare the new with the old and you’ll hear melody-drenched, hazy, soft-focus tunes that wouldn’t sound out of place playing loudly as the sun sets behind a sea of flags in front of the Pyramid Stage at this year’s Glastonbury. It’s sure to happen for Neon Waltz sometime. Maybe not this year. Or even next. But it’s only a matter of time.