I’ve been enjoying the recent latest release in the Bob Dylan Bootleg Series. Number 11 shines a light on the Basement Tapes, the name given to the set of landmark recordings Bob did with The Band in 1967 in the basement of Big Pink, the cabin in the woods that served as a commune/writing/rehearsal space for The Band.

As any music scholar knows, the Basement Sessions unwittingly became the first bootleg LP, when some tracks were spirited out of Big Pink, into the ether and onto a record titled ‘The Great White Wonder’. Bob fans lucky enough to lay their hands on a copy marvelled at the down-home, rootsy feel of it all. Taken in context, the musical world was ingesting heaps of hallucinogens, dressing up in silly clothes and humping anything that moved, under the guise of ‘free love’. 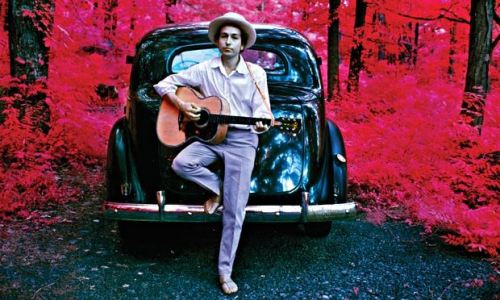 A burnt-out Dylan eschewed all this nonsense by totalling his Triumph in a motorbike crash and taking to time to convalesce at his own speed. The recording at Big Pink found him running loosely through a set of songs that had their roots in long-forgotten Americana, creating an arcane set of mystical wonder.

For years it’s been easy enough to uncover complete sets of this stuff in the darkest corners of the internet, but much of it is poor quality and while you might be of the notion that the song is key, a lot of it is unlistenable.

The official release comes in a couple of formats – the eye-wateringly expensive Complete Sessions that I’d assume is just that, though I’m certain that some Bob Cat somewhere has a version of Yea! Heavy And a Bottle Of Bread or Don’t You Tell Henry sung by Rick Danko’s dog that the compilers missed for some reason or other. Look in the darkest corners of the internet and you can no doubt find it too. I went for the recession-friendly 2CD set, which compiles all the essential stuff at a far better sound quality than my old CD bootleg from years ago. 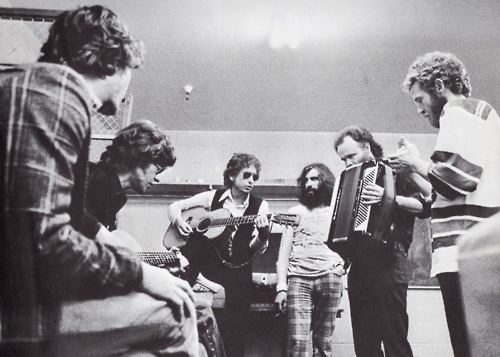 Recorded on a mobile recording unit loaned to them by Dylan’s manager Albert Grossman through microphones borrowed from Peter, Paul and Mary, it’s terrific stuff, with Bob leading The Band through first versions of never-since played originals and exhumed olde worlde tunes. It’s not music Dylan intended for mass consumption. It’s him and The Band (and the occasional dog at their feet) merrily running through whatever the hell they like, however often they feel like it. Had they known it would become the stuff of legend, it’s possible the group would’ve tried to make it more contemporary. Thankfully, this music remains as pure and clean as the air around Big Pink. Nowhere on the Basement Tapes will you hear the sound of the beat group, nor will you hear “the sun’s not yellow it’s a chicken”-type lyrics.

Following the constant record/tour/release schedule that had eaten up all of his time for the previous 2 years, Bob essentially used the sessions as a way of recording new stuff that could be somewhat cynically sent to other artists to have hits with, ensuring Bob’s pockets stayed healthily full whilst maintaining a low public profile. Much of the stuff from the sessions did indeed do this;

Both The Band and The Box Tops put out versions of I Shall Be Released. The Mighty Quinn became a hit for Manfred Mann. The Byrds made You Ain’t Goin’ Nowhere the lead track on their Sweethearts Of the Rodeo LP. 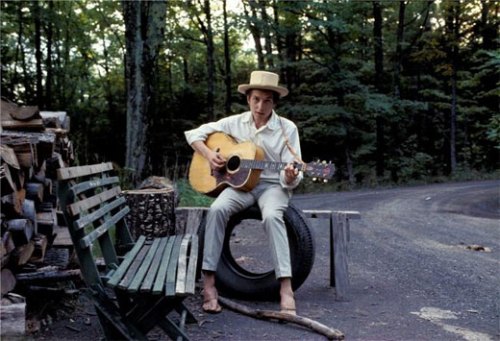 No stranger to a Bob tune, Rod Stewart wraps his gravelled tones around a version that is too rock for solo Rod but not swaggering enough for The Faces. A rather misplaced cover, if y’ask me. As a ballad singer, he did Mama, You Been On My Mind far, far better. Worth searching for.
Rod Stewart– This Wheel’s On Fire

Predictably, both The Band and The Byrds had a go at it. You’ll know where to look if you need to hear them. 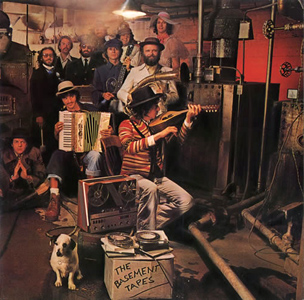