Van Morrison has the dubious honour of being the most boring, souless, bum-numbing act I’ve ever had the misfortune to endure live in concert. Sometime in the mid 90s (94? 95? I can’t quite remember) we went to see him at the Royal Concert Hall in Glasgow. It’s a terrific venue, unlike the vastness of the SECC it’s built for purpose, and everytime I’ve been there I’ve left wishing all my favourite arena-sized acts would play there. Van’s show that night was memorable for two reasons.

Firstly, Van was playing two nights in Glasgow on this tour. Our tickets, bought and paid for months in advance had gone missing in transit. By the time admin had caught up with this fact, the night we’d planned to attend was sold out. We were offered tickets for the next night instead, in prime middle of the house seats. Problem was, this night clashed with the football, and as a season ticket holder at Kilmarnock FC, I was torn between the big match with Rangers at home or the Van Morrison concert, an act I’d never yet seen live. I chose Van.

Secondly, and more crucially, Van had a bloody cheek to bill his show as a ‘Van Morrison‘ concert. His co-vocalist (I’d say backing vocalist, but as it transpired as the night unravelled, backing vocalist would have been a label more suited to Van himself) was Brian Kennedy, a Butlins’ Red Coat version of Marti Pellow, a Mr Darcy of a plank with flowing locks ‘n red suede coat ‘n cheshire cat grin ‘n all. To say Brian loved/loves himself would be a massive understatement. He posed and he preened and whenever Van gave him the nod, which was often, he’d let his Irish tenor’s warble loose on the best bits of Van’s back catalogue. It was criminal. Van seemed content to scowl and scat and hang onto his saxophone for comfort. Housewives’ favourite Brian performed his expensive take on karaoke for nigh on two hours and we all went home thoroughly underwhelmed. To put the tin lid on it, I think Killie secured a rare victory over the lavishly bonused tax dodgers from the Southside.  Ever get the feeling you’ve been cheated, as someone once quipped.

Anyway, long before Van was singing about brown eyed-girls or reminding us how much he loved us, he was Ivan Morrison, vocalist in Belfast’s Them. 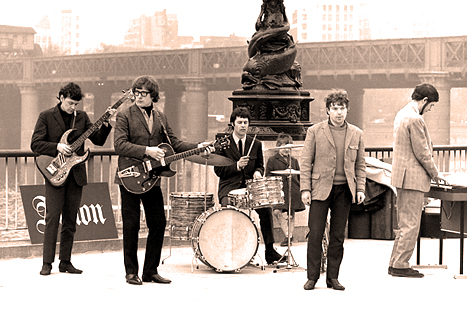 A Northern Irish equivalent to The Animals or The Troggs, Them played thumping caveman rhythm and blues with a snap and a snarl. On their second LP you’ll find I Can Only Give You Everything.

Them I Can Only Give You Everything;

A feral Van welds his vocal to a nagging fuzzed-up garage punk stomper. It‘s crazed, demented and absolutely magic; a glorious Cuban-heeled clattering racket, the sort of record that makes me want to throw Jaggeresque handclapping poses, grow my hair into a bowlcut and squeeze my fat feet into snooker cue-thin Chelsea boots.

Talking of haircuts, Beck sampled the riff for his own Devil’s Haircut tune, but you probably knew that already. Actually, he may have played the riff live, rather than merely sample it. Either way, Beck built his record around the riff.

I Can Only Give You Everything is everything you need in a record – it’s just over two and a half minutes long but you know how it goes after two and a half seconds. The fuzz guitar riff NEVER changes at all. A Farfisa (?) organ appears during the second verse before leading the inevitable instrumental break and key change halfway through. Throughout, Van sings with a soul and passion much missing in action that mid 90s Glasgow night. The whole thing kicks like a mule.

Here’s Patti Smith doing Them‘s Gloria, no doubt at the insistence of Lenny Kaye, guitarist in the Patti Smith Group and also the compiler of the terrific Nuggets LP, the Bible of garage rock. 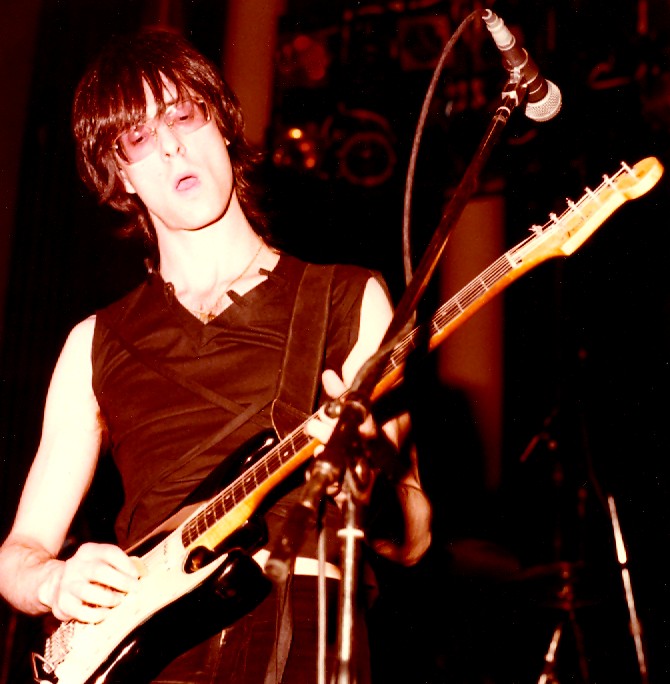 I like to think that Lenny discovered Them as a wide-eyed teenager and it was this that prompted him to learn guitar. Who knows?

Van Morrison and Them Gloria