Paul Weller‘s dropped the sturm und drang sonic assault of his more recent work and is clearly back listening to his Kinks EPs again. Brand New Toy, his super-limited 7″ (750 copies) for this years Record Shop Day (I refuse to say ‘Store‘, OK?) is a right royal mockney knees-up around the old joanna, complete with a name-check for ‘Raymond’, descending ‘aaah-ing’ and ‘ooo-ing’ backing vocals and a very brief whistling section. Chas and Ray Davies, if you will. The solo, which comes on the back of a lovely little Style Council major 7th chord is short, sharp, ‘clean’ and full of  backwards-ish sounding bends, somehow conjuring up that least-likely of Weller influences, the clog-wearing Brian May. Brand New Toy is a somewhat bizarre record but I like it immensely.

A clanging, droning, Eastern-tinged post punk racket of a record, it”s a cracker. Listening to it, you can practically see the veins bulging on Weller’s neck as he spits/sings it with total conviction. He means it, maaan. Sonically it’s the sound of Weller in the 21st century, all heavily effected guitars played by a band as tight and sharply creased as the lead singer’s trousers. The odd spoken word breakdown brings to mind Scary Monsters-era Bowie, though I’m sure Weller wouldn’t thank me for saying that. I think it’s right up there with his best work of the past few years, and the fact that PW chose to leave Flame-Out off any of his albums of the past couple of years only adds to the essentiality of this record.

I see that there’s a Modern Classics Vol. 2 in the offing. Initially I thought what?!? He can’t be due another greatest hits set. Then I saw the tracklisting – both tracks above feature, incidentally – and it clicked… Paul Weller really has been responsible for some of the best music of the past couple of decades. But you knew that already. 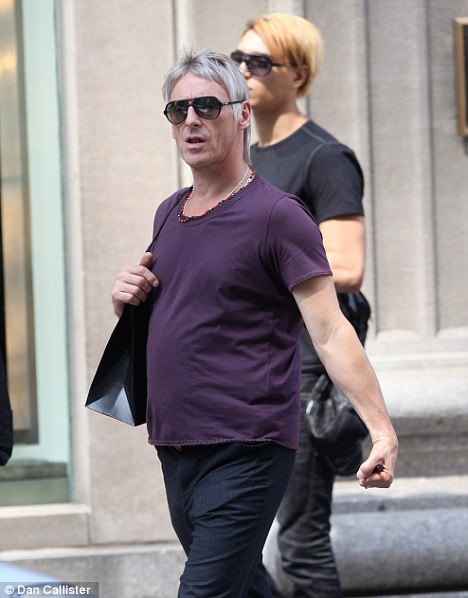 See me walkin’ around, I’m the blob about town that you’ve heard of

I like the idea of Record Shop Day. Who doesn’t? Anything that highlights the cultural value of record shops must be applauded.  But I hate Record Shop Day. Those two records above were on eBay even before RSD 13 and 14, with bids upwards of £50 being encouraged. I mean, come on! I like the idea that your favourite bands make one-off special releases specifically for the event, but I hate that they are so limited and scarce that the only apparent way to secure a copy is to start queuing round about the January sales. But that’s another argument for another day.

This is a message to all the fans who couldn’t get the new vinyl single on Record Store Day and/or paid a lot of money for a copy on eBay.

I agree with all of you who have sent messages expressing your anger and disappointment at the exploitation of these “limited editions” by touts.

Apart from making the record, the rest has very little to do with me but I am disheartened by the whole thing and unfortunately I won’t be taking part in Record Store Day again.

It’s such a shame because as you know I am a big supporter of independent record stores but the greedy touts making a fast buck off genuine fans is disgusting and goes against the whole philosophy of RSD.

There were copies of my single on eBay the day before Record Store Day and I’ve heard stories of people queuing outside their local record shop only to be told there were none left at opening time!

It only takes a few to spoil a wonderful concept for everyone else. Shame on those touts.

Don’t support their trade and don’t let them use Record Store Day to ruin the very thing it’s designed to support.