254 years young today. I love Burns. Had him drummed into me at school. In fact, anyone who goes to school in the West of Scotland knows all about him. And as a teacher, I love banging on about him to my class. Here’s a brief potted history for any uninitiated out there… 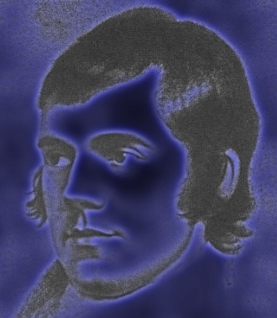 Born on the 25th January, 1759 in Alloway (now a posh part of Ayr). Scrawny boy, wasn’t expected to live long. Helped his dad on the farm. Wasn’t cut out for it. His dad, though poor, paid for Robert to go to school. Robert excelled in academia. Began writing poems to go along with the folk songs his mother had sung to him. People liked them. Drifted around Ayrshire. Had a reputation as a ladies man. Loved them and left them. Made plans to go to Jamaica as a slave driver (they don’t tell you that in school). Was just about to go when someone in Kilmarnock published the first edition of his poetry. This edition made it’s way to Edinburgh and Robert followed. The Edinburgh high society loved him. He loved Edinburgh life. He loved Edinburgh women. He loved entertaining Edinburgh women. In less than a year he spent the equivalent in today’s terms of £170,000! That’s £170,000 pissed against a wall. Made a hasty retreat, skint, to Dumfries when he was caught having an affair. Married Jean Armour, the love of his life they say and went back to the farming. Hated it. Became a tax man. Hated that. Died of a heart condition, possibly brought on by syphilis, on 21st July 1796, aged just 37. At the time of his death he had fathered at least 13 children to various women throughout Ayrshire, Edinburgh and Dumfries. Stick that in yer pointy boots, Russell Brand.

‘Happy Birthday, Mr Burns‘, by The Ramones on The Simpsons.

That reminds me. Prince Charles was on a visit to Crosshouse Hospital, just outside Kilmarnock a couple of years ago. One of the Hospital big wigs was accompanying him round the wards, steering old Charlie clear of the wasters, winos and swine flu sufferers that were using up valuable bed space. Walking into one ward, The Prince stopped at one of the first beds and asked the young man how he was feeling. The bedridden patient replied;

Charles mumbled something under his breath, smiled at the distressed patient and walked on. He stopped at another bed and asked the next patient how he too was fareing. The patient looked up and shouted out,

“My curse upon your venom’d stang,
That shoots my tortur’d gooms alang,
An’ thro’ my lug gies monie a twang
Wh’ gnawing vengeance,
Tearing my nerves wi’ bitter pang,
Like racking engines!”

Somewhat shaken, Charles walked on. Stopping at the last bed  he looked at the patient. Being the future King and all, it was only polite of him to ask this patient how he too was progressing. With a froth of the mouth patient number three barked out,

“When Chapman billies leave the street,
And drouthy neebors neebors meet,
As market-days are wearing late,
An’ folk begin to tak the gate;
While we sit bousing at the nappy,
An’ getting fou and unco happy,
We think na on the lang Scots miles,
The mosses, waters, slaps and styles,
That lie between us and our hame,
Whare sits our sulky, sullen dame,
Gathering her brows like a gathering storm,
Nursing her wrath to keep it warm.

A visibly bemused and perturbed Charles turned to his guide and inquired, “Where are we man? Is this some sort of mental ward?”

“No Sir,” came the reply. “This is the severe Burns Unit.”

You can have that one for free….

And here’s the Trashcan Sinatras‘ ode tae Rabbie, I Hung My Harp Upon The Willows. It tells the story of Rabbie’s time in Irvine. Aye, Alloway made the man, but Irvine made the poet. As an Irvine boy, I make sure I tell them that in school. It gets right up the snooty noses of those South Ayrshirites, so it does.