At the televised Michael Jackson funeral/tribute on the telly after his death there was a piece of slo-mo footage that was absolutely dynamite, and it’s stuck with me ever since. I can’t seem to find it on the You Tube (copyright, Rob Bryden) so you’ll need to make do with my 3 and a half year old memories. In it, a barely into double figures Michael, wearing an eye-poppingly bright tank top and very pointy collared shirt, body pops up and down, left and right, back to front, with all the carefree abandon of someone so young and foolish and happy. Watching it was almost tear-inducing, to see what he once was like when faced with the grim reality of what he had become. His wee tailored checked flares flap around the top of his cuban heeled boots in time to his and his elder brothers choreographed moves, their afros bobbing up an down in funky unison. Yeah, the brothers played the music and laid down the groove, but all eyes were on Michael. Without him, they were nothing. Ten years old and he owned the stage, looking right down the lens of the camera and into the homes of millions when he was singing, desperate for the musical interlude to arrive when he could break out the shackles and into his total, uninhibited dance as though his life depended on it. That his bastard of a father was probably standing just out of shot with brows furrowed and fists clenched makes the piece of film all the more amazing.

Michael Jackson turned out all wrong, but for a few moments at least, he is worth remembered as the wee boy who lit up the stage. It’s worth listening to the voice too. I mean, really listening to the voice. You know he can dance. And you know he can sing. But strip the music away, isolate the vocals and what do you have? Perfection, that’s what. I Saw Mommy Kissing Santa Claus is not a track I’ll freely run to when I need to hear the Jackson 5. Who does? But listen to – the vocal-only track.

The control in his voice. The sheer joy he sings it with. The range of notes he can reach. That last note he hits, and holds, right at the end, is sensational. Anyone who tells you they can sing should be made to listen to this then asked to reassess their position on the matter forthwith. And ‘s wee Michael giving Santa Claus is Coming To Town the same sort of high-octane, helium-voiced treatment. A pocketful o’ dynamite! 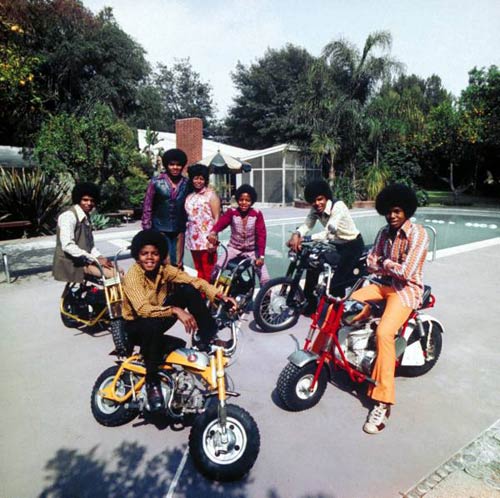 ‘s that vocal-only track of Michael singing the Jackson 5’s I Want You Back – One of Plain Or Pan’s most popular downloads ever.

Deleted by The Man. Pfffft.

That’ll probably be me till after Boxing Day. See you on the other side….

2 thoughts on “A Helium-Enhanced Happy Christmas”