Field Music are a real enigma. Nominees for this year’s Mercury Music Prize, like most who appear on the list they occupy a strange place somewhere between cult band and the mainstream. A hotchpotch of clanging riffs with prog leanings, their music isn’t all that original. Their music isn’t all that groundbreaking either. Plenty of other artists have used similar instruments to similar effect. And their music, like plenty of artists before them, is not that well-known outwith those in the know (think this generation’s XTC). But their music is colossal. And tuneful. And therefore radio-friendly. And by rights they should be a whole lot more successful (whatever that is these days) than the latest hastily assembled ‘gang’ of skinny-jeaned, stupid-haired, stage school stooges armed with various combinations of the same tune and not much else. Despite the best efforts of those in positions of influence, such as 6 Music’s Marc Riley, who plays them and enthuses about them ALL THE TIME, Field Music aren’t so much under most folks’ radar as completely off it.

A few weeks ago they released a very limited (and now sold out) covers LP. Featuring their versions of Robert Wyatt, Pet Shop Boys, Roxy Music etc etc songs, it has the uncanny knack for a covers album of sounding like the band who made it, not the band who wrote it. Not for Field Music a faithful run through of Ringo’s plodding country ‘n western heartache ‘Don’t Pass Me By’. Instead, they turn what is undeniably a Beatles clunker into something that could sit happily on 2010’s Measure LP. Warm, metallic and with added Beatles riffs/references for those in the know.

Best track to these ears is their version of Syd Barrett‘s Terrapin. Barely recognisable from Syd’s whimsical off-kilter psychedelic sketch, Field Music add riff upon riff to doubletracked vocal upon doubletracked vocal. The outrageous falsetto breakdown in the middle reminds me of an old Beatles bootleg I have where you get to hear John and Paul working out the harmonies to Taxman. It really does sound terrific – incredibly well-produced, tight, taut and with perfectly-executed sudden stop silent bits – and normally I wouldn’t post something as box-fresh as this. However, given that the LP is already sold out and never to return, well….. 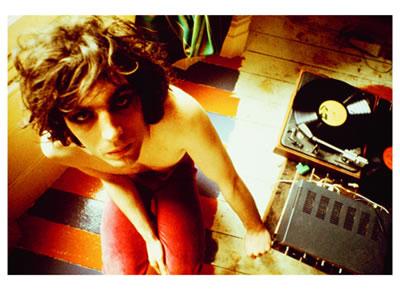 Syd, of course, is very much a musicians’ musician. The great and the good all dig Syd and for many The Pink Floyd of the mid 60s are far more credible than the stadium-hogging Floyd (Man) of the mid 70s. The Trashcan Sinatras created a luscious and bluesy 6 and a half minute paen to Syd, choc-full of nudge, nudge, wink, wink references to Syd and his music. Emily. The UFO Club. Painting. Hand in hand with The Eskimo. Even the title, Oranges & Apples is Syd-like and a play on The Pink Floyd’s Apples & Oranges. But you knew that already. Give it a listen. It’s one of the best things the Trashcans ever did. Quite something when you consider the embarrassment of riches in their back catalogue.

Field Music‘s Them That Do Nothing from their Measure LP. The perfect introduction to the sound of Field Music, it‘s XTC-esque in its pastoralism, sonically-rich with its chiming guitars and tight-knit harmonies and unexpected left-turn wonky bits. Jeez. That’s a sentence I doubt I’ll ever write again.