Maybe it’s the acid-tongued Collins’ bittersweet vocal, “Here’s a penny for your thoughts (incidentally you may keep the change)“. It’s a good one, but, nah. Most of the time the lyrics are incidental (there’s that word again). It’s the overall sound that reels me in. Always has been, even with Dylan. Orange Juice knew their onions, as they say, and the reference points, however fashionable or otherwise they may have been in 1982, are there for anyone with even half a scholarly outlook on pop music to spot. Maybe it’s the Chic-esque rinky-dink guitars and I Want Your Love descending chimes. Talent borrows and genius steals, after all. Maybe it’s the wee burst of ba-ba-ba-Bacharaque brass every now and again, recalling Dionne Warwick at her easiest of easy listening. Or maybe it’s just the sting of distorted vintage guitar riffing in and out whenever Edwyn thinks the track veers too close to pipe ‘n slippers pastiche. Maybe even it’s the Philly soul guitar break that pops up here and there on both single versions (it is a belter of a riff, if you want to know). Or maybe (though less likely) it’s the none-more-80s-sounding 12″ version, with it’s extended breaks, congas and bongos, ting-a-ling percussion and of-it’s-time super-slick st-st-st-stoodio production.  Whichever way you look at it, Flesh Of My Flesh by Orange Juice is a perfect wee record. 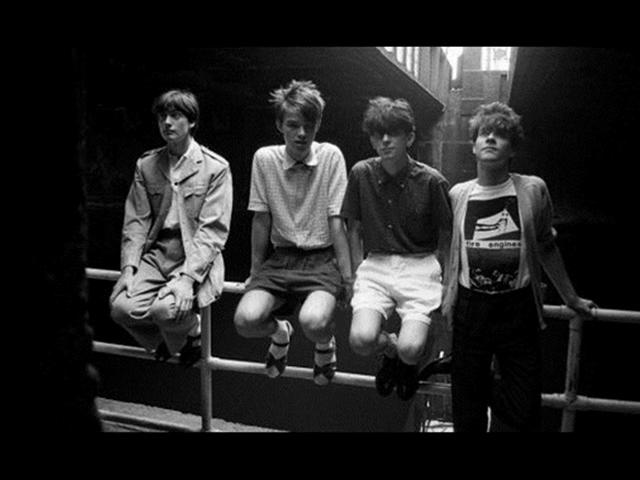 I’d love to tell you that after buying this in Rough Trade I ran up the road to play this to death in 1983, but I’m just not that cool. I would’ve been running up the road to play records to death by this point in my life, but in 1983 I was most probably running up the road with Electric Avenue or Down Under (look them up if you need to) swinging in the wind, John Menzies poly bag tearing into my newly teenaged wrists while I sprinted at full lung bursting pelt to get home tout de suite in order to perform the spiritual ritual of placing needle on vinyl. Eddy Grant and Men At Work. That was my 1983. It would be a few more years before Orange Juice made themselves known to me, but I’m glad they eventually found me.

Flesh Of My Flesh (album version)

Flesh Of My Flesh (7″ version)

Flesh Of My Flesh (from a bootleg, live in London 83, probably the Lyceum in March)

All tracks are very different. The album version is, for want of a better word, smooth. The two single versions are spikier, more abbrasive, rawer, whatever you want to call them, and are better for it. The 12″ version features all of the production gimmickery mentioned before. Perhaps a slightly dated affair, I love it, for what that’s worth. The live version manages to be both punkish and funkish, with cringe-inducing out of tune keyboards replicating the brass parts. Haircut 100 this is not. Take from that what you will. 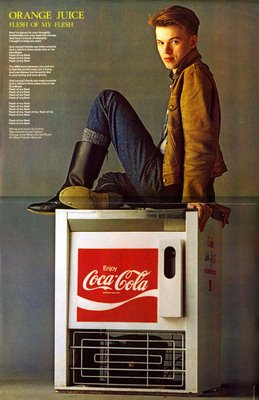