Mixing Pop and Politics He Asks Me What The Use Is. That’s a Billy Bragg line. From ‘Waiting For The Great Leap Forward‘. But you knew that already.

Mixing pop and politics always sits slightly uneasily with me. A bit rich coming from someone who loves the early work of Bob Dylan I know, not to mention the socio-soul of Curtis ‘n Marvin ‘n Stevie, The Specials and all of 2 Tone, the angry young Mr Weller (when I think about it, I could go on and on and on), but you’ve got to agree with me that while there are the earnest few who do so for the correct, compassionate reasons there are those who do it more for the ker-ching and the career. Aye Geldof. Perhaps even you. Pause.

Phew. I half thought a bolt of lightning would flash outta the sky and knock me outta my new suede slippers there. Anyway, what was I saying? Oh aye, that’s right; for every Bragg there’s a Bono, for every Stevie a Sting. 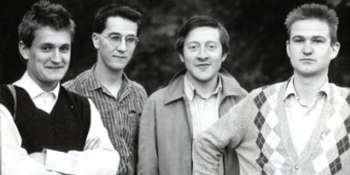 I like the sound of records. Often I don’t actually listen to what the singer’s singing about. A bit rich coming from someone who loves the early work of etc etc blah blah blah, yes, but this would explain my love of the Cocteau Twins. When I was at school and Happy Hour came out I thought The Housemartins were just a slightly wacky guitar band with a clever grasp of melody and terrible taste in knitwear, no more and no less. Later in life I appreciated Paul Heaton’s biting sattire on some of The Beautiful South’s material (even the band’s name had political undertones, I got that), but I never really had his first band down as being overtly political. All that changed (I’m embarrassed to admit) only 2 months ago. Flag Day, from The Housemartin’s London 0, Hull 4 LP popped up whilst the iPod was on shuffle and oh! The penny dropped. Flag Day in 1986 was far too slow for this 16 year old. It was nothing like Happy Hour or Anxious or We’re Not Deep or any other of those 4 chord toe tappers. It broke the flow of what was a jaunty wee album up until that point and although I’d never get up and move the needle onto the next track, I doubt I actually properly listened to it more than once. Fast forward 25 or so years and it’s quite clear; The Housemartins were a slightly wacky guitar band with a clever grasp of melody, terrible taste in knitwear and a terrific way with words.

Too many Florence Nightingales
Not enough Robin Hoods
Too many halos not enough heroes
Coming up with the goods
So you though you’d like to change the world
Decided to stage a jumble sale
For the poor, for the poor

Too many hands in too many pockets
Not enough hands on hearts
Too many ready to call it a day
Before the day starts
So you thought you’d like to see them healed
Got Blue Peter to stage an appeal
For the poor, for the poor 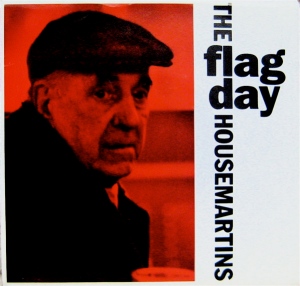 How good is that? Paul Heaton isn’t that much older than me and here he was writing acidic commentaries on modern society. It could’ve been written yesterday, it’s that relevant today. Flag Day is lo-fi gospel, all chunky piano chords and sincere white boy vocals. Nothing much like the rest of the debut album and perhaps then a bizzare choice for a first single. It barely scraped the top 150. Later on, The Housemartins would do garage gospel again and take it all the way to the top. Christian Socialists at the Christmas number 1, if memory serves me correctly. Or did Reet Petite beat it? It seems a long way away these days.

Tune in next week as I discover the real meaning behind the tracks on This Is The Story by everyone’s favourite Caledonian Calvinists, The Proclaimers.

Housemartins Mk2. There’s the FatBoy! And the axe wielding maniac.

1 thought on “For Every Bragg There’s A Bono”