When is it that the arrogance of youth takes flight, mortality strikes and reality bites? Some folk get depressed over milestone birthdays – the 21st, the 30th. Many of my friends are currently agonising over turning 40. That wasn’t a problem to me. The day I turned 27 was my biggy. That was the day I realised I’d never play football for Scotland. Truth be told, I knew from the age of eh, make that 8 that I’d never play for Scotland, but We Have A Dream and all that.

(statisticians note, not my card!)

I had boxes and folders and albums stuffed full of football cards. Like many of my peers my hero was Kenny Dalglish, the swashbuckling, freescoring King of The Kop. I wasn’t a Liverpool supporter, but Kenny played for Scotland more times than anyone else and he was my idol. We even celebrated his birthday in my house (March 4th, if you want to know). A few years ago when moving house I found all those cards again and amongst them was the celebrated King Kenny card, both arms aloft in victory salute, red socks rolled to the ankles, the boyish smile atop the dark blue of Scotland with a rainy Hampden Park in the background. Aye. Boyish smile. Turning the card over broke me into a cold sweat. Kenny Dalglish. Age 27. Clubs: Celtic, Liverpool. Scottish appearances: 59. International goals: 20. Age 27. 27! He’d done all this by the age of 27! I hadn’t. Nor was I likely to.

It’s the same with music. Actually, it’s probably worse (or better, depending on how you view these things when considering your own contribution to the world.) Johnny Marr had done it all with The Smiths and split them up by the time he’d reached the ripe old age of 24. And when written down like that, I realise he isn’t that much older than me. Booker T Jones was only 17 when he recorded Green Onions with the MGs. 17! Seven-teen! The Boy Wonder himself, Sir Roddy of Frame turned up at a recording studio not far from where I’m currently typing at the age of 15 and, as the engineer himself told me a few years later, “blew everyone away, the wee fucker.”  ‘Little’ Stevie Wonder was practically a veteran of the Motown studios by the time he’d reached double figures. You could say the same about Michael Jackson, with his dance moves copped from James Brown and his wee unbroken vocal yelps the icing to his big brothers’ sugar sweet soul.

There are tons more….a 20 year old Steve Winwood vamping on Voodoo Chile with Jimi Hendrix, 19 year old Paul Weller releasing In The City, George Harrison being sent home from the Hamburg-era Beatles for being too young. Feel free to add to the list here… 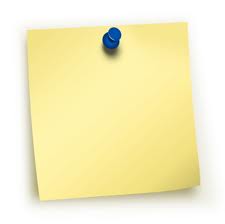 Michael Jackson‘s isolated vocal track on I Want You Back. Released when Michael was 11 years old.

Aztec Camera‘s debut single on Postcard Records (of course!) – A) Just Like Gold B) We Could Send Letters, released when Roddy was 16 years old. The wee fucker indeed.

The Sound of Young, young, Scotland.

1 thought on “The Kids Are Alright”