The words of Elvis Himselvis. Maybe my favourite Elvis tune ever. It’s certainly one of them, right up there with Guitar Man et al. Anyway. A mess of the blues. Or to be more exact, many versions of Blues Run The Game. Written and originally recorded by Jackson C Frank it’s become a ubiquitous live standard on the folk scene. It’s been sung by a million sensitive finger picking  souls. And it’s been recorded by hundreds of them too. Some versions better than others, none of them particularly messy (sorry if the heading was misleading), all of them worthy of hearing for different reasons. 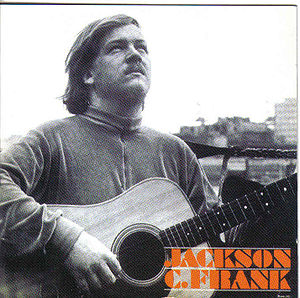 Jackson C Frank’s story is tragic. In another world and time he’d be as revered as Tim Buckley or Nick Drake. If you know about him, this’ll ring true. If you’ve never heard about him read on.

In 1954 when he was 11, an explosion in Jackson’s school killed15 of his classmates and left him disfigured and hospitalised for 7 months. During this time he learned to play the guitar. The explosion in the school was national news at the time and a substantial compensation was set aside for victims of the event. Fast forward to Jackson’s 21st birthday and a cheque for $100,000. Not a nice way to receive such a  sum of money, but Jackson grabbed his chance and set off for England, with the money burning a hole in his pocket and the intention of buying ‘cars and guitars’. Stop for a moment and ponder that statement. I recently re-read Ian Hunter’s fantastic ‘Diary of a Rock ‘n’ Roll Star’. After reading it, the one thing I’d bet my house on is the fact that America has all the best cars and guitars. Jackson must’ve had very conservative tastes indeed.

Meeting Paul Simon on the folk circuit led to Simon producing the ‘Blues Run The Game’ album. The track of the same name was the first original song he wrote and was a standout both on record and in concert. No internet in those days, the folkies would sit, ear cocked with note book and pen in hand to quickly scribble the words. They’d then add it to their own set of songs for their next show at The Finger In The Ear or wherever they were on.  I know this as fact. As the son of 2 folkies, I ‘borrowed’ my dad’s copy of ‘Bringing It All Back Home’ and inside it found this scribbled sheet of A4 paper with half the words to Bob Dylan’s 115th Dream scrawled across it in some form of shorthand. Anyway, I digress. Jackson’s story doesn’t turn out particularly happy.

There’s a phrase they use. A musician’s musician. It means someone so supremely gifted that their peers worhsip at their fantastically talented feet. Not necessarily the wider audience at large. The paying customer.  Never was this phrase more true of Jackson C Frank. Dylan. Drake. Denny. All playing on the same folk scene at the time, they all dug him. (Everyone dug everyone in the 60s, yeah?) But as Sandy Denny and especially Dylan (we’ll talk about Nick Drake another time) went onto sell records and everything else, Jackson didn’t. A combination of writer’s block and mental health problems (a knock-on effect from the events in his childhood) saw him fall apart quite spectacularly. At the start of the 70s his son died from cystic fibrosis. Heavily depressed, before he knew it, his mental health was so bad he was institutionalised. Following this, he wandered the streets of New York homeless and helpless. Being in the wrong place at the wrong time led to him being shot and blinded. Through years of neglect, his voice was shot and no matter who tried to help him, it seemed Jackson wanted nothing from anyone. Shame, as his friends could see what was happening and were trying desparately to help him recapture his muse and maybe steady him on an even keel once more. It was not to be. Jackson’s troubled life ended in 1999 when he died of a heart attack, aged 56. Cheery stuff, eh? 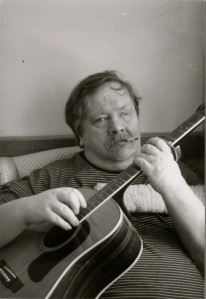 Blues Run The Game is the sort of song Elliott Smith would be writing these days if he too were still alive. What is it about fucked-up singer-songwriters? It has been done by many. Here’s a few versions….

Nick Drake (taken from one of the countless bootlegs available online)

Maybe tomorrow, honey,
Someplace down the line,
I’ll wake up older,
So much older, mama,
Wake up older
And I’ll just stop all my trying. 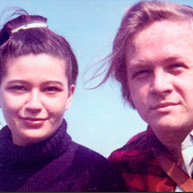