Don’t point it at wee Chris Martin. He didnae mean it! I see gazillion-selling guitar virtuoso and purveyor of a thousand beedly-beedly-beedlies Joe Satriani is wanting to take Coldplay to court. He thinks that their track ‘Viva La Vida’ has “copied and incorporated substantial original portions” from his track ‘If I Could Fly’, released in 2004. Satriani’s lawsuit demands damages and “any and all profits” related to the alleged copyright infringement. Of course. You be judge and jury. Take a listen…..

Joe. Coldplay. See? A wee bit samey. In much the same way that the Red Hot Chili Peppers “borrowed” some of Tom Petty’s ‘Mary Jane’s Last Dance’ for their own ‘Dani California’. “Borrowed” mmm hmmm, or indeed “totally ripped-off“. To these ears, the sock-jocks had much more of a case to answer than Coldplay, but old hippy-spirited Tom Petty let them off, saying that this kind of thing happens all the time. Of course it does. Led Zeppelin were absolute masters at it. Like the Viking warriors they holler about with great bluster on ‘Immigrant Song‘, they raped, pillaged and plundered the whole of the Mississippi Delta for much of their output. And they even had the cheek to put ‘Page and Plant’ in the brackets after the song. I’ve written about this a couple of times before, if you’re really interested. There’s tons of cases of musical plagiarism. There are probably whole blogs dedicated to this subject. At the very least, Wikipedia is a good first stop.

Interestingly, Joe Satriani used to be a poodle-haired rock God. Now he looks a bit like an extra from The Matrix.

And only a couple of years ago, Chris Martin was a poodle-haired rock God who’d even managed to snare his own Hollywood wife. In more recent snaps, it looks like he’s heading down the same extra-from-The-Matrix road as Satriani. 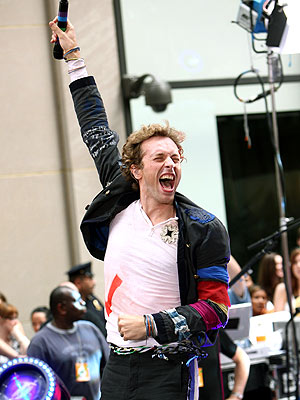 Joe. Coldplay. See? A wee bit samey. Round our way, Satriani is rhyming slang. In much the same way as Shereen Nanjiani, Giorgio Armani or chicken biryani. I think you know what I mean.

Bonus track. Here‘s the bleepy, slightly ambient wahp remix of ‘Viva La Vida’. It’s no’ very good. Nothing like chicken biryani at all.

5 thoughts on “Hey Joe! Where you goin’ with that gun in your hand?”