Billy Fury. Your granny knows him from such staple Hit Parade fodder as ‘Halfway To Paradise’, ‘Wondrous Place’, ‘Last Night Was Made For Love’….. do I need to go on? Billy and Cliff Richard battled it out for the dubious tag of ‘British Elvis’, but the more sussed among us really knew that Elvis was in fact the ‘American Billy’. 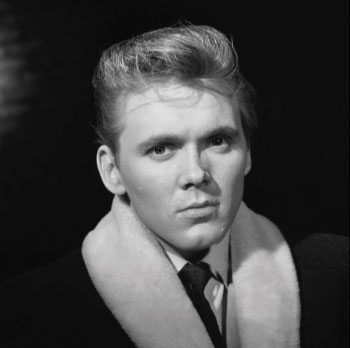 Upturned collar? Check. Lip curl? Check. Half-collapsed quiff? Check. Forget the songs listed above and instead listen to this. ‘Ain’t Nothin’ Shakin’ But The Leaves On The Trees‘ is a hand clappin’ enhanced primal rocker that could’ve sat neatly on any Nuggets-type compilation you care to mention. How Fury got from garage band howling blues to slush like ‘Colette‘ is anyone’s guess but, wow, when he was on form there was clearly no-one like him. His manager obviously gave him his stage moniker round about this time, otherwise he’d have been forever known to the world as Billy Ballad. Incidentally, The Beatles version of ‘Nothin’ Shakin’…‘ can be found on their ‘At The BBC’ album. It sounds pish.

Morrissey was a big fan, so much so that he nicked half his look from Fury. Look here.  As too are those talented wee fuckers in The Last Shadow Puppets. They stuck their own version of ‘Wondrous Place’ on the b-side of their ‘The Age Of The Understatement‘ single. Understated indeed – a churchy organ, some brooding bass, a top vocal and some Duane Eddy twang halfway through. What I like about this lot is that they all look similar, they even sound similar when they sing and they are clearly very talented. A bit like The Beatles. But then, obviously nothing like The Beatles. I’ve already posted their version of Bowie‘s ‘In The Heat Of The Morning’ (here) and if they keep up their high standards of self-imposed quality control I think these two youngsters could be around for years to come. A bit like The Beatles. But then, obviously as I’ve already said, nothing like The Beatles as well. 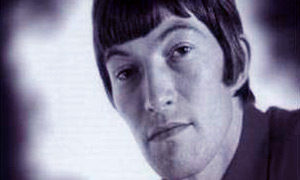 2 more decent UK garage band rockers to follow. These days, Dave Berry may be more comfortable touring the country in those terrible 60s nostalgia shows alongside such 3rd divison outfits as The Swinging Blue Jeans and The Tremeloes. Back in the day he was equally comfortable blasting out tough R&B tunes as he was crooning pop ballads. One such record was July 1964’s‘The Crying Game’ (number 5, fact fans), much later also a hit for Boy George. The A-side was the pop ballad. The B-side was something else entirely. Along with his backing band The Cruisers, he came up with this proto-punk snarling rabid dog of a record. ‘Don’t Give Me No Lip Child’ is a belter, and given that the Sex Pistols strangled and choked it into something resembling a cover version, John Lydon thought so too.

Before they became The Who, The High Numbers released ‘I’m The Face’. The sound of Swinging London, it was written by Peter Meaden, their amphetamine-fuelled manager stroke publicist. This tune is essentially Slim Harpo‘s ‘Got Love If You Want It’ with new lyrics designed to reflect the culture of the times – a classic mod-stomper of a record that was a paen to all things Modern (not modern). Of course, as is more often than not the way with fantastic records, the single was a flop. According to some sources, the only copies that were actually sold were bought by Meaden himself, in a crap attempt at chart rigging. Ivy League jackets. Buck skin shoes. I’m the face baby, is that clear? Clear as crystal, little Roger! 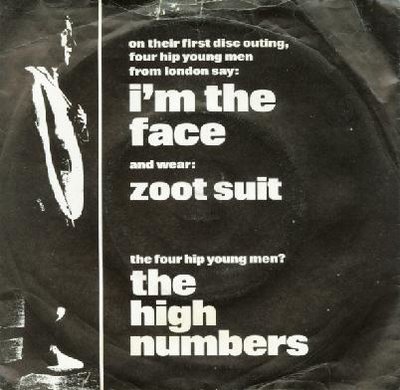