Yep. He’s still one of them. The release of his long-talked about ‘Archives’ series is just around the corner. Well. September. But if like me you’ve been waiting 10 or so years for this, September is but a hold-your-breath moment away. Should be great. Cannae wait etc etc blah blah blah.

And there the joy ends. 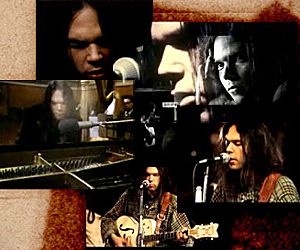 ‘Archives’ will be released solely on Blu-Ray. That’s right. Blu-Ray! You can’t listen to the discs on your CD player. But you can play them through your telly. You would expect the box set to cost a fortune anyway, but Blu-Ray! Blu-Ray! That’ll make it super-expensive! How many people own the hardware? Does old whiny Neil have shares in the company that makes it? I think he must. Blu-Ray might sound better, but to yer average ex-hippy turned bank manager, will it be that much of a difference? Will the high notes ring that wee bit clearer? Will the harmonies soar that wee bit further? Will you notice the sound of plegm on harmonica that wee bit better? I don’t think so. I don’t believe Blu-Ray can be that fantastic. Especially listened to through your telly. Old Shakey knows the hardcore fans are going to buy the discs and the equipment to play it on but he really has gone about the release of ‘Archives’ in all the wrong way. Total contempt for his quickly reducing fanbase.

He should’ve released it as a vinyl box set. Maybe include an old Betamax tape of a classic Fillmore East show or something. Stick in a couple of packets of those cigarette papers he sold at his concerts a few years ago. Maybe even a plectrum. I’d be straight out to buy that box set. Just as well we live in the digital age. Some enterprising kind soul will no doubt work out how to .flac or mp3 the whole series and we’ll all have them by Christmas anyway. Fingers crossed. If you can’t wait that long here’s a couple of Elektra Demos recorded in New York, 1965 to tide you over. Just Neil and his acoustic guitar. On low-rate, low quality mp3. They don’t make ’em like that anymore. It’s all Blu-Ray round these parts nowadays mate. Have you tried googling ‘Archives Be Damned’? Prepare yourself for a download frenzy. 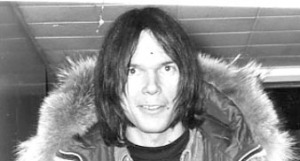 Ah’m-a gonna rip you off!

Neil Young has also been called a cunt here.