We’re top of our group, we’ve dumped the French twice and today we beat the Ukrainians 3-1. We are Scotland. We are magic. We are going to Euro 2008. 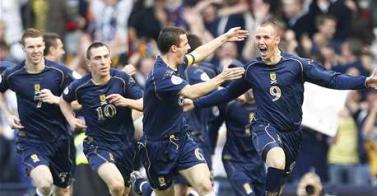 Get your flat caps and clumpy shoes on and celebrate by dancing along to The Ukrainians folk-punk-polka versions of 4 Smiths tunes. The Ukrainians (the group not the football team) were formed as a side project to the Wedding Present. Guitarist Pete Solowka was of Ukrainian descent and when John Peel asked the Wedding Present if they’d like to do a session, the band recorded some traditional Eastern European folk music at the expense of their usual 100 mile an hour D-G-A strumalong. Truth be told, were it not for the Wedding Present connection, few people would have been all that interested. But thanks to this interest, Peel played the session over and over and the Ukranians went on tour. I saw them in Edinburgh (April 16th 1991) where the real Wedding Present played support and did an hours worth of brand new material. Then the Ukrainians came on and did their shouty punk-polka stuff.

In 1993 the band released the Pizni ep, which featured 4 Smiths covers. They’re probably not everyone’s cup of tea, but if you like unusual cover versions or are one of those mental Smiths completists, these are for you. I like how the melodies still come through, even though I have no idea what they’re singing. Except I do really, cos I know every Smiths song back to front. And now I know how to say “when her Walkman started to melt” in Polish. Useful that.

Spivaye Solovey (What Difference Does It Make)

Roll on Wednesday night and another 3 points. Surely every Scottish football fan has Georgia On My Mind. The Band‘s version is fucking sublime. A bit like oor fitba’ team. 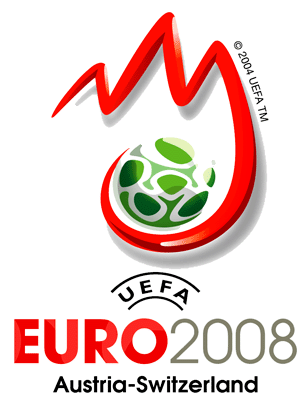 5 thoughts on “It’s great being Scottish”